Mithali Raj now has led a side in most ODIs (118). She went past Charlotte Edwards's world record of 117.

The Women’s ODI series between India and Sri Lanka got underway the moment Mithali Raj called (alas, wrongly) at the toss at Galle International Stadium. It was a historic moment, for Raj has now led in 118 ODIs the most by anyone in history. Raj went past the existing world record of 117, by Charlotte Edwards of England. Belinda Clark (101 matches) of Australia is the only other woman to have led in over a hundred ODIs. Of current cricketers, Suzie Bates (76, also fourth on the list) is the closest to Raj.

Raj has also led India in 32 T20Is (four more than Harmanpreet Kaur and 14 more than Jhulan Goswami), but is some distance behind the world record of 93, by Edwards.

Despite playing most of her cricket when Women’s Tests were on the verge of extinction, she has nevertheless led India six times. Of Indians, only Shantha Rangaswamy (12) has India more times, while the Trish McKelvey of New Zealand has the world record (14).

India Women have started the match on a high. While the dangerous Chamari Atapattu is at the crease, Goswami and Mansi Joshi have taken out the openers, leaving Sri Lanka Women reeling at 16 for 2 in the ninth over. 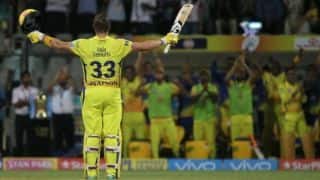 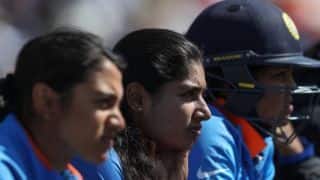