A Real Sign: Glenn Maxwell Points Out Important Aspect Going In Favour Of Royal Challengers Bangalore In I

Royal Challengers Bangalore batting all-rounder Glenn Maxwell reackons that the way the team has responded under pressure in the game against Delhi Capitals can be a real sign for things to come in the rest of the tournament in IPL 2022. Royal Challengers Bangalore’s (RCB) Glenn Maxwell sounds a warning to other teams in IPL 2022: The Australian batting all-rounder Glenn Maxwell playing his trade with RCB in the IPL 2022 reserved huge praise for his team’s bowlers who came up with the goods against Delhi Capitals on Saturday that helped them to register their fourth win of the tournament, adding that the way the team has responded under pressure is a real sign that they are growing with confidence in each game.

“The way our bowlers (also) performed, that was a really special effort with the ball. I think a lot of teams in the competition would’ve probably started using excuses of the wet ball, conditions, and the short boundary against them, but the way we were able to hold our nerve, that was brilliant, and a real sign that the team is growing with confidence each game,” said Maxwell.

Talking about Dinesh Karthik, who has taken the IPL by storm this season and Shahbaz Ahmed, Maxwell reckoned that their partnership was crucial in terms of getting to a challenging total and once they got there, the team knew that it is going to be hard to chase that down.

“DK (Dinesh Karthik) and Shahbaz (Ahmed) at the end were so good and got us to a total which we thought on this wicket was going to be really hard to chase, and once the dew came in, it evened up the battle again,” Maxwell added.

Delhi Capitals’ spinner Kuldeep Yadav was taken to the cleaners by the 33-year-old, taking 23 off his first over but Kuldeep had the last laugh after he came back on the attack.

“When Kuldeep came on from that end, (I decided to) just hit it to the short boundary. I thought I’ll take him on that side, and I was able to get a hold of a few. But when he came back on the second time, we had lost that extra wicket, and that probably had taken away that aggressive intent which led to my downfall, being a little bit in two minds. So, good knowledge for next time, just sort of stay positive,” he further added. 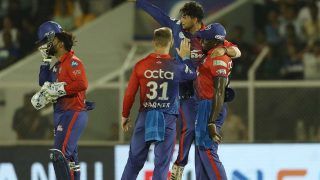 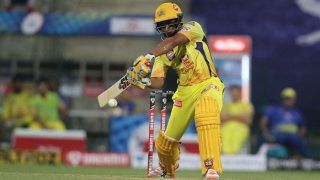