A remarkable statesman and one of the most respected cricket administrators: BCCI condoles passing away of

Arun Jaitley was admitted to All India Institute of Medical Sciences (AIIMS) in New Delhi earlier this month after complaining of restlessness.

The Board Of Control For Cricket In India (BCCI) has paid rich tributes to senior BJP leader and former Finance Minister Arun Jaitley who breathed his last on Saturday afternoon in the national capital.

Jaitley was admitted to All India Institute of Medical Sciences (AIIMS) in New Delhi earlier this month after complaining of restlessness. He was 66.

In a statement on Saturday, BCCI termed Jaitley as a remarkable statesman and a passionate cricket follower.

“The Board of Control for Cricket in India condoles the sad demise of its former Vice-President and a former IPL Governing Council member, Shri Arun Jaitley,” BCCI said in a media release. “A remarkable statesman, Mr Jaitley was a passionate cricket follower and will always be remembered as one of the most able and respected cricket administrators.”

Jaitley was one of the longest-serving presidents of the Delhi and District Cricket Association (DDCA).

“During his long tenure as the President of the Delhi & District Cricket Association, he brought about a tremendous change in the cricketing infrastructure. A close friend of the cricketers, he always stood by them, encouraged them and supported them in their quest for excellence. The BCCI shares the pain and grief of the Jaitley family and prays for the departed soul, ” the statement further read.

“It is indeed a very sad day for the whole of India as we have lost Arun Jaitleyji to a long and tough battle with health. A truly humble, self-made man who rose to greats heights, and has etched a place for himself in the history of modern India, with his genius, grit, charisma and commitment!” Khanna said in a media release.

Jaitley and Khanna were associated during their college days and then worked together as cricket administrators. “It is a deep personal loss for me…Our association goes back to our college days in Shri Ram College Of Commerce where we worked together, he as the President, and me as the General Secretary of the College Union,”he said.

He added, “I also had the privilege of inviting and closely working with him in the Cricket Administration in DDCA and BCCI. His contribution in the field of cricket shall be remembered forever…Today the Nation has truly lost a great Statesman and I have personally lost a very dear friend.” 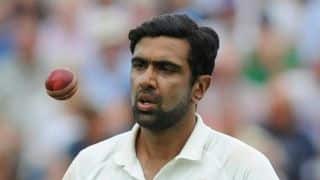