A Three-Year Stint For National Selectors Can be Introduced to Keep Things Fresh And in Perspective: Sourav Ganguly

A Three-Year Stint For National Selectors Can be Introduced to Keep Things Fresh And in Perspective: Soura

Prasad and Khoda joined the national selection committee in 2015 while Paranjpe, Singh and Gandhi joined them only in 2016. BCCI president Sourav Ganguly is mulling the idea of reducing the tenure of the National Selection Panel from the existing four years to three. Chief Selector MSK Prasad is on his way out after serving his four years along with Central Zone selector Gagan Khoda.

Their tenure was scaled back by one year in the the existing constitution, which was drafted and registered when the Committee of Administrators were in office. The BCCI are now contemplating to further scale down the tenure.

However, according to The Times of India, the reduction in term from five to four is likely to apply to only the present bunch of selectors. The remaining three selectors Jatin Paranjpe (west), Sarandeep Singh (north) and Devang Gandhi (east) will continue for another year.

Ganguly told TOI “the four year term was designed keeping in mind the ICC World Cup cycle. But that’s a thing of the past now. A three year stint can be introduced to keep things fresh and in perspective”.

Prasad and Khoda joined the national selection committee in 2015 while Paranjpe, Singh and Gandhi joined them only in 2016.

With Prasad on his way out BCCI are looking for a new chief selector and the name of Laxman Shivaramakrishnan (from South Zone) is doing the rounds. Also, Gyanendra Pandey from Uttar Pradesh could replace Khoda in the Panel.

The Indian team enjoyed success during the five-man panel’s tenure with the positives far outweighing the negatives, but it often found itself at the receiving end of relentless criticism owing to their limited international careers collectively. 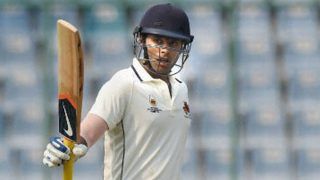 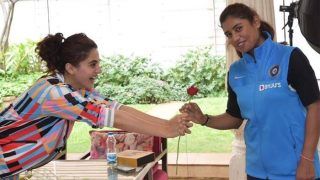