Aaron Finch will lead Australia for the three-match ODI series against South Africa starting November 4 in a squad that also includes the returning Cummins and Hazlewood.

Aaron Finch will lead Australia for the three-match ODI series against South Africa starting November 4. Finch, already the T20 captain, will take over the reins from Tim Paine, who has been dropped, and under whom Australia suffered a 0-5 whitewash to England earlier this year in June.

However, the other inclusions that bring good news for Australia is the returns of the pace-bowling duo of Josh Hazlewood and Pat Cummins, who were sidelined following the tour of South Africa in March. Hazlewood will be the co-vice captain alongside wicketkeeper Alex Carey.

Left-arm pacer Mitchell Starc has also been added in the side despite not featuring in the T20s against Pakistan. Aiding the three quicks in the fast bowling department in Nathan Coulter-Nile, who hasn t played an ODI since November last year. Allrounder Mitchell Marsh and Nathan Lyon, part of the T20 squad against Australia have been ignored. So has medium-pacer Andrew Tye.

“Andrew Tye is unlucky to miss out. The return of Cummins, Hazlewood and Starc unfortunately meant there wasn’t enough room in the squad for another quick,” national selector Trevor Hohns said. “And we have made the decision to manage Mitch Marsh and Nathan Lyon carefully to ensure they are in the best condition possible to put their hand up for selection either later in the summer or for the World Cup next year.

“No doubt with a big summer program ahead opportunities may well present themselves for Andrew, Mitch and Nathan, as well as others not included in this squad.”

Following their loss to England earlier this year, Australia slipped to a 34-year low in the ICC ODI rankings, sliding to No. 6 in the rankings. With 3699 points, they are only ahead of Bangladesh, Sri Lanka, West Indies and Afghanistan. 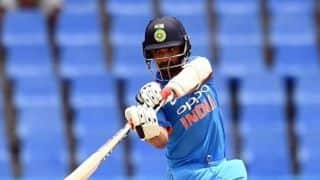 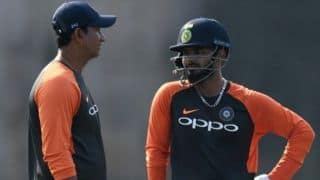