Finch heads to India after leading the Melbourne Renegades to the Big Bash League title.

Australia‘s limited overs skipper Aaron Finch heads to India on Monday with a skip in his step after leading the Melbourne Renegades to the Big Bash League title, in contrast to a despondent Glenn Maxwell. Finch’s Renegades clinched their first domestic Twenty20 crown in dramatic fashion on Sunday after city rivals the Stars, led by Maxwell, imploded during a tense run chase.

They lost seven wickets for 19 runs in one of the biggest capitulations in Australian cricket history, and Maxwell admitted it left him “pretty shattered”. Both men were due to fly out Monday to play two T20s and five one-day internationals against Virat Kohli‘s team, leaving them little time to reflect on their incredible change in fortunes on Sunday.

Chasing 146 to win at Docklands Stadium, Maxwell’s men were cruising at 93 without loss before dramatically collapsing to throw away the game. Finch said he was thrilled by the 13-run win, which was just the tonic for a man who has gone through an eventful summer.

He was appointed Australia’s one-day captain in a World Cup year, before making his long-awaited Test debut. But he has since been dropped from the Test squad after failing to fire, and has not been as destructive as usual in the shorter form of the game. His season seemed to be summed up on Sunday with a bizarre dismissal when Cameron White’s straight drive deflected off bowler Jackson Bird’s boot to hit the stumps, with Finch stranded outside his crease. He stormed off and smashed a plastic chair with his bat in the tunnel, then gave it another whack for good measure.

“It just about sums up my summer,” a smiling Finch said of the unlucky dismissal.

But the drama is all behind him now, with India his focus.

“I don’t think you need anything to put a pep in your step when you’re going on an Aussie tour, particularly to India,” he told reporters. “If you’re slightly off the mark you’re going to get hurt. They’re the best side in one-day cricket in their own conditions, I think. So you’ve got to go there full of confidence and have a real clear game plan.”

Maxwell, a good friend who used to share a room with Finch, admitted he was devastated by the BBL loss, and said his opening batsmen Ben Dunk and Marcus Stoinis – who is also in the squad to play India – ideally would have killed off the game earlier.

“I thought we did well with the ball, executed well, did everything right,” he said. “And up until the 12th over (with the bat) I thought we were fine. I’m pretty shattered to be honest.”

This season’s BBL was the biggest yet with the eight franchises playing each other twice over a total of 56 round-robin matches in a season spanning nearly two months. The expansion reflected enthusiasm for the tournament from sponsors and broadcasters, although crowd and TV viewing figures were down. 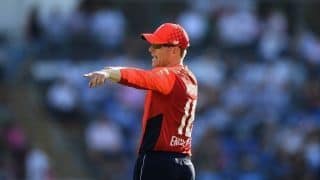 Is this England’s best chance to win the World Cup? 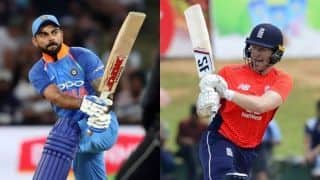