Langer had taken charge of the team after the ball-tampering scandal in South Africa in 2018. His current contract is due to end in June. Melbourne: Australia’s limited overs skipper Aaron Finch on Friday praised Justin Langer’s “unbelievable work” in the team’s recent success but did not comment if he would prefer him to continue in the coaching role. Langer’s contract extension will be up for discussion and both Finch and Test captain Pat Cummins are likely to be consulted by Cricket Australia before a final decision is made.

Langer, whose working style received some scathing criticism from the players, has expressed desire to continue as head coach.

“He has done a fantastic job. To win the World Cup when nobody really gave us a chance, then to dominate the Ashes 4-0, to almost get there 5-0, was super impressive,” Finch was quoted as saying by the ‘Sydney Morning Herald’. “I am not going to comment on what Cricket Australia’s process will be there, but he has done an amazing job over the last few months, in particular.”

In the past four months, the former Test opener has guided Australia to its maiden T20 World Cup title and a dominating 4-0 Ashes series win at home. The white-ball skipper said the governing body of the game in the country has a process to follow and he is still not sure what the outcome is going to be.

“Whatever happens from the Cricket Australia side of things, that is out of our control as players, but his contract is up. No doubt, there will be some talk there. “I know Patty [Cummins] and myself might be contacted about that. But I actually have got no idea – I have never been in a leadership role when somebody’s coaching contract is up.

“So, like I said, he has done an unbelievable job. To see how good the environment has been through the T20 World Cup, then throughout the Ashes, is a credit to everyone there,” Finch added.

Langer had taken charge of the team after the ball-tampering scandal in South Africa in 2018. His current contract is due to end in June. 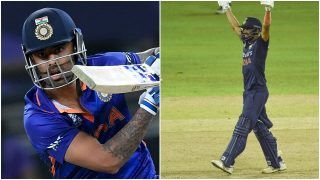 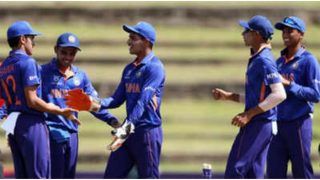 U19 World Cup: Virus-Hit India Prays For Availability Of Players Ahead Of Clash Against Uganda