South Africa skipper, AB de Villiers became the leading run scorer for South Africa in the ICC Cricket World Cup. He achieved the feat while playing against hosts, New Zealand, in the semi-finals of the ICC Cricket World Cup 2015 at the Eden Park in Auckland on Tuesday. He surpassed former South Africa great, Jacques Kallis to become the leading run scorer in the tournament and also has a high chance of going past Brian Lara in the overall table to be positioned in the fourth spot. He has also played a lower number of matches as that of Kallis and has a greater strike-rate than his. Live Updates: New Zealand vs South Africa

The table below shows the current standing: 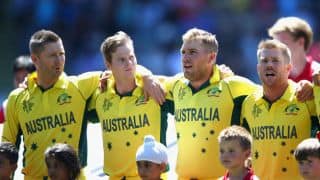 Bangladesh in ICC Cricket World Cup 2015: Marks out of 10