"To follow your dreams, to be honest and to work hard at whatever you do."

Abraham Benjamin de Villiers, better known as AB de Villiers, who is currently enjoying his life off the pitch after announcing retirement from all formats of international cricket, says young players need to make tough choices to succeed as there are always a lot of distractions which come their way.

“There are a lot of distractions that any player must navigate in their career. It can feel like everyone wants a piece of you when you get closer to the top,” de Villiers told IANS in an e-mail interview.

“When you enter the public stage, there is a lot of pressure on your shoulders to perform at the highest level every time. Any young player looking to succeed needs to make tough choices, work hard and always stay focussed. Starting a family and recovering from injury, I managed to find a balance,” he added.

His mantra in life has been: “To follow your dreams, to be honest and to work hard at whatever you do. Whether you’re on the cricket pitch or at home: being true to yourself is the best.”

The former South Africa skipper suddenly announced his retirement on May 23 from all forms of international cricket with immediate effect. The 34-year-old batsman said ‘the time is right’ for him to hang up his boots, bringing to close a sterling 14-year career, which saw him finish with a staggering 20,014 international runs (8,765 in Tests, 9,577 in ODIs and 1,672 in T20Is).

He also played for the Royal Challengers Bangalore led by Indian skipper Virat Kohli  at the concluding Indian Premier League (IPL). His skills as a formidable batsman, skilled wicket-keeper and enviable fielder earned him a reputation of being one of the greatest cricketers of all time with some even tagging him as a gifted cricketer.

“It’s flattering when people call you a game changer, but on any given day, any given player can change the course of a match either with the bat or ball. My career reached a crossroads in 2008, when I realised specifically that I needed to work on my defence to support my attacking game and, more generally, when I started to benefit from the support and guidance of a new management team,” he said.

de Villiars, who is also the brand ambassador of German manufacturer of luxury writing instruments Montblanc and was present at the regional launch of Meisterstück Le Petit Prince Special Edition Collection, says that the only real trend worth setting is to be the best at what you do.

“All I have ever wanted to do is to realise my potential and be the best at what I do…,” he said.

He also has some suggestions for those who wants to make big on the cricket pitch.

“There are two elements to bear in mind when you take guard – the first is the position of the fielders, so you can try to hit the ball into gaps, and the second is the place where you think the bowler is going to deliver the ball,” he said.

“Cricket in its most basic form is a battle between bowler and batsman, and it is always important to try and work out what the bowler will do next, to try and cut down his options by being creative at the crease and ultimately trying to dominate this struggle,” added de Villiers.

He also says that one always has doubts as a batsman but challenge lies in making a difference in those moments.

“That is the human condition and it is also part of the game, not just beating the other team but overcoming your own fears and insecurities on your way to victory. There has always got to be something on the line,” said de Villiers who also says that such challenges kept him going.

“The high-pressure moments, where I can feel that I can make a difference and lead my team to a win. You need those moments of doubt to be a better player,” he said.

He was one player who had the ability to destroy the best of the bowling line-ups with his effortless yet aggressive batting style and he says that the major influence on his batting has been former South African cricketer Jacques Kallis.

“He was the person from whom I sought advice early in my international career, and he was always willing to assist. There is a risk that you can take too much advice from too many people, and end up confused, so i found it helpful to consult Jacques, and only Jacques, when I needed guidance,” said de Villiers. 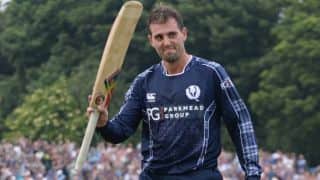 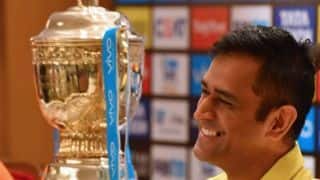