AB de Villiers feels that South Africa themselves are to blamed for the series defeat and not put the blame on pitches.

South Africa‘s One-Day International skipper AB de Villiers has come out in the open saying that the whole debate over pitches does not affect his team and the losses in the Test series against India have been a major disappointment for one and all. South Africa were defeated in the first and third Test at Mohali and Nagpur respectively, whereas the match at Bengaluru was wash out. De Villiers mentioned that after winning the Twenty20 (T20) and ODI series his team was optimistic about winning the Test series as well but they have all not turned into dust. Live Cricket Scorecard: India vs South Africa 2015, 4th Test at Delhi

De Villiers states that his using of the word ‘dust’ is only figuratively used and not in any context to the pitches provided to them in the Gandhi-Mandela Series 2015. De Villiers maintains that the preparation of pitches is not an issue at all. He also adds that the pitches have been same for both India and South Africa. South Africa are themselves to blame for the loss in the series De Villiers. He also praised Virat Kohli on his success in the series saying that India have played with more consistency through-out the series as quoted by TOI.

De Villiers said that the his team missed a lot of chances to seize the match at both Mohali and Nagpur but gave it away easily. On Nagpur Test De Villiers says that it was indeed a tough pitch to bat on, with the highest individual score on both side being 40. He added that teams need to adapt to the conditions they play in and India was not different. LIVE UPDATE: India vs South Africa 2015, 4th Test at New Delhi

De Villiers maintains that Nagpur was just a one off Test in which South Africa were caught napping and were not up to the mark. On the final Test at Delhi De Villiers concluded that it is a great opportunity to came back and play better with more application in the middle and prove everyone that they can win a Test in India. 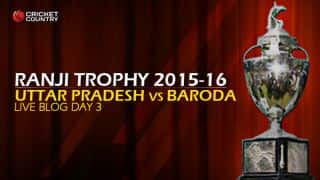 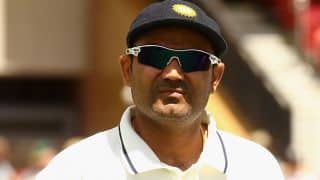