AB de Villiers said his side's team spirit and culture is exceptionally strong which is needed to carry a `tag` like that.

Johannesburg: South Africa ODI skipper AB de Villiers believes his side is not far away to end their long-awaiting hope of clinching an ICC trophy. The Proteas have not won any major event since their 1998 victory in Dhaka in Bangladesh at the inaugural ICC Champions Trophy, which was then known by the name of ICC Knock-Out. Recently, former skipper Graeme Smith had advised the Proteas to deal with the ‘chokers’ tag and play fearless cricket as they prepare themselves for the upcoming Champions Trophy to be held in June in England.

Smith had added that it is a very `unfortunate reality` for all South African players that the ‘tag’ accompanies them at any tournament. However, de Villiers ruled out the same and said that his side are now fully ready and mentally prepared to obtain an ICC title. “I don’t think it’s ever been difficult for us to deal with. Maybe Graeme (Smith) found it difficult when he was playing. I see it as a challenge and an opportunity to do something special. Unfortunately we haven’t won a tournament yet, but we get another chance in 2017 and again in 2019,” Sport24 quoted de Villiers as saying to a national daily in Bengaluru.

The swashbuckling batsman did not stop there and said his side’s team spirit and culture is exceptionally strong which is needed to carry a `tag` like that. “I truly believe that we’re not far away. Until we cross that hurdle, that question will always come up. I feel our team spirit and our culture is exceptionally strong, which is the kind of thing you need when you carry a ‘tag’ like that,” he added.

The ICC Champions Trophy will run from June 1 to 18 with the South Africa grouped with India, Pakistan and Sri Lanka. 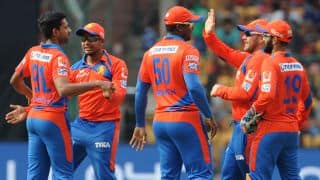 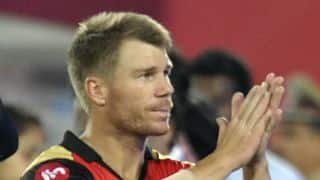