AB de Villiers is set to turn up for Middlesex and the official announcement is expected to be made during this week.

Former South Africa cricketer AB de Villiers has been signed by Middlesex County Club for the T20 Blast. As reported by Cricbuzz, de Villiers is set to turn up for the club in the tournament starting July 18 in which Middlesex play Essex in the opener and the official announcement is set to take place in the coming week.

De Villiers announced his retirement from international cricket last year, a move that surprised many. But the flambouyant batsman had stated that he remains available to play T20 leagues across the globe. He recently turned out for Rangpur Riders, scoring 247 runs from six games, including an unbeaten 100 against Dhaka Dynamites.

Currently playing the Pakistan Super League, de Villiers has 138 runs from five innings with a half-century. De Villiers has played 272 professional T20 matches and scored above 7300 runs at an average of 36 and a strike rate of 149. He will also play for the Royal Challengers Bangalore in the 12th edition of the IPL starting March 23, who play the opener against defending champions Chennai Super Kings.

Middlesex would be buoyed by having de Villiers up their ranks. Last season, they took the wooden spoon in the South group winning just two of their 14 matches to end with only four points. With 52 half-centuries and four hundreds, de Villiers is still a threat to bowlers in the shortest format and Middlesex would be hoping for the 35-year-old to be at his sublime best. 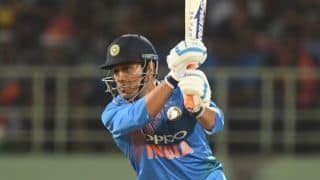 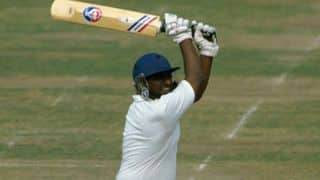