Abhimanyu's assignment will begin with Bengal's pre-season tournament in Jaipur from September 3.

Top-order batsman Abhimanyu Easwaran was on Thursday named captain of the Bengal cricket team in place of Manoj Tiwary in all the three formats for the upcoming season.

Tiwary, who has played 12 ODIs and three T20 Internationals, had succeeded Laxmi Ratan Shukla in 2015-16 season and led the side to Ranji Trophy semi-finals in the 2017-18.

The Sourav Ganguly-led Cricket Association of Bengal (CAB) wanted a split captaincy, giving Tiwary the option to lead in the shorter formats while promoting Abhimanyu for the Ranji Trophy.

But the 33-year-old Tiwary declined the proposal and instead wanted to focus on his batting, while backing Abhimanyu for the upcoming season.

Cricket Association of Bengal Joint Secretary Avishek Dalmiya said: “The selectors initially had thought of a split captaincy where they looked at the option of having Abhimanyu Easwaran lead the team in four-day format, while Manoj Tiwary will continue in 50-over and T20s.

“We had discussed this with Manoj (Tiwary) and he feels that it is important for him to concentrate as a player right now. Manoj, whose contribution to Bengal cricket both as skipper and player remains invaluable, assured to guide Easwaran in his job as one of the senior colleagues of the team,” he added.

An India A regular, the 23-year-old Abhimanyu’s assignment will begin with Bengal’s pre-season tournament in Jaipur from September 3, the 21-member squad for which was announced on Thursday.

Abhimanyu scored a maiden double hundred, 201 not out, in a marathon batting display of about 10 hours in a drawn match against Punjab last season. Bengal had failed to qualify for the knockouts.

Bengal will begin their domestic season, against Gujarat in the Vijay Hazare Trophy one-day tournament on September 24. It will be followed by the Syed Mushtaq Ali Trophy T20 meet in November as Bengal will have three North East sides Assam, Mizoram and Meghalaya in Group D.

In the Ranji Trophy, Bengal are clubbed with Andhra Pradesh, Gujarat, Vidarbha, Hyderabad, Delhi, Rajasthan and Punjab in a tough Elite Group A as they face Kerala in their opening fixture from December 17. 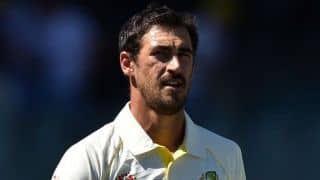