The Asian Cricket Council (ACC) on Monday rejected a complaint from Bangladesh that Pakistani pacer Aizaz Cheema deliberately blocked their batsman Mahmudullah Riyad in the last over during the tense chase in the Asia Cup final. 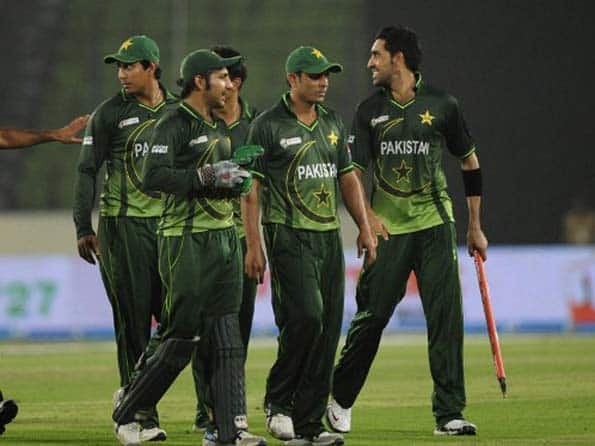 The Asian Cricket Council (ACC) on Monday rejected a complaint from Bangladesh that Pakistani pacer Aizaz Cheema deliberately blocked their batsman Mahmudullah Riyad in the last over during the tense chase in the Asia Cup final.

Chasing 237 for a victory in the Asia Cup final in Mirpur last week, Bangladesh fell short by two runs as they needed four from the last delivery. And the BCB had later appealed to the ACC about Cheema indulging in unsporting behaviour.

But the complaint was rejected as the ACC claimed that the incident was not reported by on-field umpires.

“We had received Bangladesh’s complaint but since the incident was not reported by the on-field umpires nothing can be done,” Ashraful Huq, Chief Executive of the ACC, told AFP.

Ashraful, himself a Bangladeshi national, also said that the International Cricket Council (ICC) had also turned down the complaint.

“It could have happened then and there, in the final but since umpires and match-referee did not take any action then, so the matter is closed,” said Ashraful.

The BCB had earlier said that it was planning to appeal with the ACC to award five penalty runs to the Bangladesh team and reverse the result of the Asia Cup final.

“We have repeatedly seen video recordings of the incident and are convinced Cheema tried to block Mahmudullah,” Enayet Hossain Siraj, the chairman of the BCB cricket operations committee, had told reporters earlier.

ICC rules state that if a player is found to have blocked his rival deliberately while completing a run, the batting side is awarded five penalty runs and if a run-out has happened during the course of it, it is not given.

The delivery itself is not to be counted but the run will be accounted for even if the batsmen have not crossed each other. But whether the blocking was done deliberately is decided by the on-field officials. (PTI)