Australia‘s most successful wicketkeeper-batsman of all time, Adam Gilchrist, is the latest name to be added to the growing list of stars taking part in the Marylebone Cricket Club (MCC) vs Rest of the World match at Lord’s on July 5.

Gilchrist will be reunited with former teammate Shane Warne in the Rest of the World line-up, which the spin legend will captain.

Retired batting icon Sachin Tendulkar will also be seen in cricketing gears once again as he will lead the MCC in the one-day game to mark the bicentenary celebrations of the historic club.

The MCC side which will also include Rahul Dravid and new England assistant coach Paul Collingwood. Indian batsmen Yuvraj Singh and Virender Sehwag make up the rest of confirmed names, alongside West Indies talisman Shivnarine Chanderpaul.

Gilchrist, who played two Tests and six One Day Internationals at Lord’s, averaged over 40 at the Home of Cricket during a career in which he took over 900 dismissals in 396 international matches. He was awarded Honorary Life Membership of MCC in 2012 and also delivered the MCC Spirit of Cricket Cowdrey Lecture at Lord’s in 2009.

Gilchrist said: “I am privileged to have been asked to play in this match on such an exciting occasion. Lord’s is a wonderful place to play cricket and I’m really looking forward to helping celebrate its bicentenary in this match. There are going to be a lot of familiar faces around and it will be a lot of fun to play alongside a couple of old teammates too.

“There is something very special about Lord’s and MCC and I can’t wait to be back to celebrate such a special event with this fantastic club.

MCC President Gatting said: “The teams for this match are really taking shape now, and everyone both inside and outside MCC is really looking forward to Saturday 5th July. The prospect of watching Gilchrist keeping to Warne again is one that’s sure to whet the appetite of any cricket fan. 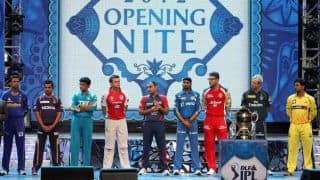