Gilchrist changed the game with his explosive batting, raising the bar for wicketkeepers around the world.

“Former Australian wicketkeeping great Adam Gilchrist and former Australian captain and selector Jack Ryder will be inducted into the Australian Cricket Hall of Fame (ACHoF) at the 2015 Allan Border Medal in Sydney on January 27,” Cricket Australia said in a statement.

ACHoF chairman David Crow today announced that Gilchrist and Ryder were the selection committee’s choice for induction this year. “Adam Gilchrist and Jack Ryder made enormous contributions to Australian cricket in different ways,” Crow said. “Gilly epitomised the cricketer we all loved to go and watch. He lightened up the game. We all wanted to go to see Gilly because he was such a high quality entertainer. He was able to combine his explosive batting with brilliant wicketkeeping,” he added.

The ACHoF recently expanded its criteria to include a player’s impact off the field following his playing career. “That’s where Jack excelled. He made a fantastic contribution to the game over seven decades at national, state and club level. He had an amazing commitment,” Crow said.

Gilchrist was humbled by his nomination alongside many of the greatest players to represent Australia. “It’s a tremendous honour. I’m thrilled to be given the opportunity to join such illustrious company, childhood heroes and icons of the game from previous eras which you grow up hearing about,” he said. “No one sets out to earn these accolades. You play the game because you love it, so acknowledgements like this go beyond the thrill of playing for Australia.”

Gilchrist changed the game with his explosive batting, raising the bar for wicketkeepers around the world. While he always regarded himself as a wicketkeeper first, claiming the most dismissals for Australia and at one stage holding the world record, it was his batting that set him apart. The left-hander could abruptly alter the course of a game with devastating impact, as he proved in Perth against England during the 2006-07 Ashes whitewash, coming within a delivery of equalling Viv Richards’ record for the fastest Test century in history. Gilchrist’s batting alone puts him among Australia’s greats but it was his strike rate, 81.94 runs per 100 balls that made him feared by opponents.

Second only to India’s Virender Sehwag in the history of Test cricket for batsmen who have scored more than 2000 runs, the pace of Gilchrist’s scoring is highlighted by two of Australia’s finest batsmen, Don Bradman and Ricky Ponting, scoring at under 60 runs per hundred balls.

Ryder was Don Bradman’s first Test captain but it is their association off the field for more than two decades as selectors which had a far greater impact on the game. A tall and aggressive front foot batsman and lively medium pace bowler, Ryder played 20 Tests for Australia and 20 years for Victoria. His highest score was 295 against New South Wales in 1926 when Victoria compiled the record total of 1107.

Known as the “King of Collingwood”, he also played a then-record 338 District First XI matches — 320 of them for Collingwood. Such was his contribution that since 1972 the medal for the oldest player to attend the 1977 Centenary Test, Ryder died shortly after the match at the age of 87. 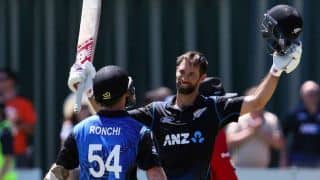 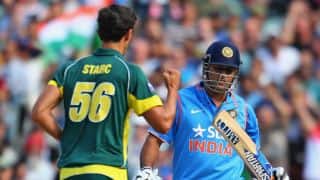