Adam Voges was omitted for Australia's pink ball Test against the Proteas in Adelaide after being struck at the back of the helmet while attempting to evade a Cam Stevenson bouncer during Western Australia's Sheffield Shield.

Melbourne: Out of favour Australian batsman Adam Voges has conceded he is done in terms of international cricket . Voges was omitted for Australia’s pink ball third Test against the Proteas in Adelaide after being struck at the back of the helmet while attempting to evade a Cam Stevenson bouncer during Western Australia’s Sheffield Shield clash against Tasmania at the WACA Ground in Perth last November. “I’m done in terms of international cricket. I can probably acknowledge the fact I’m not getting back in the side,” cricket.com.au quoted Voges as saying. I’m realistic enough to understand my performances weren’t up to scratch in my last few Tests and we lost those games which means there is always going to be change.

Asserting that it was always disappointing for him to get dropped or left out of the side, the 37-year-old admitted there was only one person to blame and that was him. However, Voges, who has also represented Australia 38 times in limited-overs formats, says he s pleased with how his career has panned out and played 20 more Tests than he thought he would a couple of years ago.”Being such a late starter it was good to get an opportunity at all, because two years ago I probably thought I was never going to play Test cricket,” he said.

So to be able to play 20 Test matches and get that Baggy Green I worked so hard for over a long period of time is something I’ll look back on very fondly when it all finishes up, he added.

If Voges doesn’t get a chance to play another match for his side, he would end his 20- Test career with a remarkable average of 61.87. 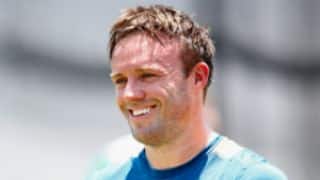 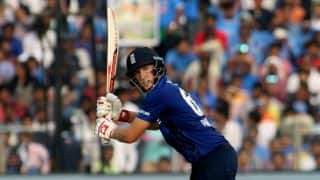