Adam Zampa was found to have breached CA Code of Conduct Article 2.1.2, which relates to abuse of cricket equipment or clothing, ground equipment or fixtures and fittings during a match a level 1 offence.

Melbourne: Australia s limited-overs players Adam Zampa and Mitchell Marsh have been charged and fined for breaching code of conduct in their respective Big Bash League (BBL) matches last night. Melbourne Stars leg-spinner Zampa was run-out late during his side s unsuccessful run chase against Melbourne Renegades. He reacted to his dismissal by slamming his bat into the MCG turf as he walked off the ground. Zampa was found to have breached Cricket Australia s Code of Conduct Article 2.1.2, which relates to abuse of cricket equipment or clothing, ground equipment or fixtures and fittings during a match a level 1 offence. Zampa, who was fined 2000 dollars by Cricket Australia for the misconduct, had accepted the sanction and, therefore, there would be no further hearing.

As per the CA Code of Conduct procedure, the Match Referee, Steve Bernard, considered the umpires written report, and offered a proposed sanction of a reprimand and $2,000 fine. Zampa accepted the sanction and no hearing was required, cricket.com.au quoted Cricket Australia as saying. Marsh, on the other hand, questioned the square-leg umpire regarding a possible waist-high no-ball that wasn’t given as he batted late in the Perth Scorchers’ innings against Sydney Thunder.

The Australia all-rounder, who contributed an unbeaten 44 during that match, received a 2500 dollars fine, despite deciding to contest the charge.

Marsh was reported for breaching CA s Code of Conduct Article 2.1.3 Showing dissent at an Umpire s decision during a match a level 1 offence.Marsh elected to contest the charge and the Match Referee conducted a hearing at the ground, the CA statement added 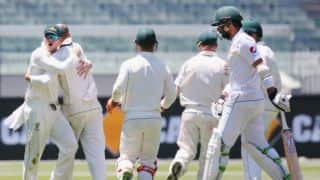 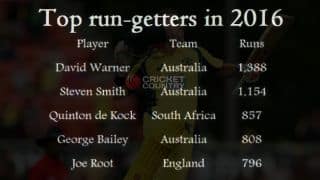