The Cricket Association of Bihar (CAB) secretary Aditya Verma has written a letter to the ICC president Alan Isaac urging the parent body to stop N Srinivasan from attending the ICC Executive Board meeting as its first chairman, next month.

In his letter, he has alleged that ICC has kept its ‘mouth shut’ on IPL ‘scams’ and should prevent the Tamil Nadu strongman from attending its meetings till the final verdict is announced by the Supreme Court.

In his letter, Verma questioned the ICC’s decision of not enquiring about the Indian Premier League (IPL) related issues.

“As per ICC conduct rules, if any player’s name comes up in any illegal acts, it is the duty of ICC to investigate. But I am sorry to say, ICC is not taking any interest till today,” Verma was quoted as saying in a letter.

He urged ICC to stop Srinivasan from functioning as chairman of the ICC’s executive board till the probe is over.

“Once again I am requesting on the behalf of my CAB to immediately intervene and take appropriate action against guilty persons. ICC must respect the Indian law, the apex court of the country has stopped the BCCI president from functioning till the probe concludes.” 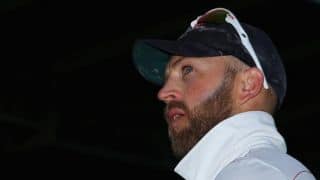 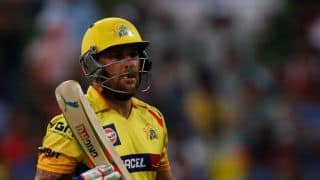