One among the existing Code of Conduct panel members will be the adjudicator.

The adjudicator who will investigate the James Anderson–Ravindra Jadeja incident will be named on Thursday by the ICC even as Level 2 charges were filed against the Indian all-rounder.

According to ICC regulation, one among the existing Code of Conduct panel member will be the adjudicator in the case. However, the chairman of the ICC Code of Conduct Committee Michael Beloff, Sir Oliver Popplewell and Justice Goolam Vahanvati can’t be appointed as the first two are from England and the last named person is from India.

“The ICC will announce the name tomorrow depending upon the availability of one of these members and keeping in mind that the Indian or Englishman can’t be the adjudicator. All the members have a strong legal background and even those from associate nations. In fact, Kenya’s Sharad Rao investigated the Pakistan match-fixing case,” an ICC source told PTI.

An ICC release stated: “The ICC today confirmed that England team manager Phil Neale has charged India’s Ravindra Jadeja under Level 2 of the ICC Code of Conduct for Players and Player Support Personnel for an alleged incident that took place on the second day of the first cricket Test at Trent Bridge.”

It further stated, “The alleged offence has been reported under Article 2.2.11 of the ICC Code of Conduct for Players and Player Support Personnel, which states: ‘Where the facts of the alleged incident are not adequately or clearly covered by any of the above offences, conduct that either: (a) is contrary to the spirit of the game; or (b) brings the game into disrepute’.”

Jadeja has been charged for his alleged altercation with Anderson after they left the field for lunch last Thursday. It is alleged that after the players left the public area and entered the pavilion, Jadeja turned suddenly and took steps towards Anderson in an aggressive and threatening manner.

All Level 2 breaches carry a fine of between 50-100 per cent of applicable match fee and/or up to two suspension points. Two suspension points equates to a ban of one Test, or two ODIs, depending on which type of match is scheduled next for the suspended player. 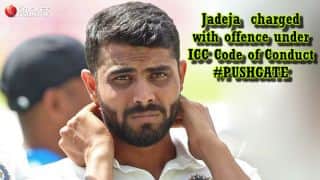 Ravindra Jadeja charged with offence under ICC’s Code of Conduct 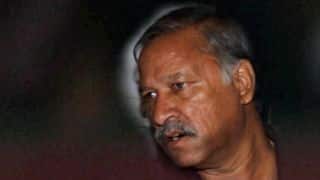