Pakistan wicketkeeper Adnan Akmal and South African cricketer Robin Peterson have been fined 50 per cent of their match fees after a run-in, the International Cricket Council (ICC) said Friday. 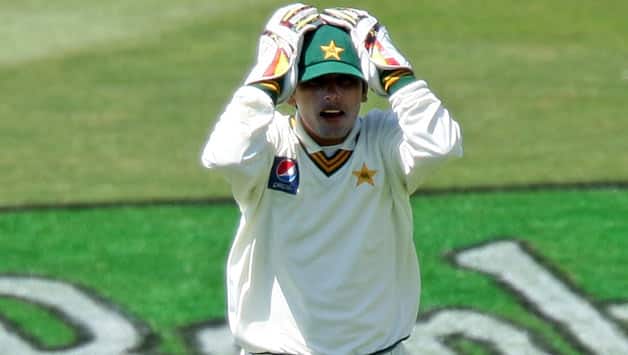 Pakistan wicketkeeper Adnan Akmal and South African cricketer Robin Peterson have been fined 50 per cent of their match fees after a run-in, the International Cricket Council (ICC) said Friday.

Akmal and Peterson were involved in an altercation in South Africa’s second innings on Thursday in the first Test which Pakistan won by seven wickets to go 1-0 up in the two-match series.

“The two players were fined after pleading guilty to a Level two breach of the ICC Code of Conduct during the fourth day’s play,” said the ICC in a release.

The two players were found to have breached Article 2.2.4 of the ICC Code of Conduct for players and player support personnel, which relates to “inappropriate and deliberate physical contact between players in the course of play during an International match”, the ICC said.

Peterson made 47 not out in South Africa’s second innings of 232 all out, giving Pakistan a 40-run target to win.

“The charges had been laid by the on-field umpires Paul Reiffel and Rod Tucker (both from Australia), as well as third umpire Ian Gould (England)and fourth umpire Shozab Raza of Pakistan,” said the ICC.

The incident happened when Akmal, while trying to pick up the bail, used his shoulder and body to push Peterson, who reacted by pushing the Pakistan wicketkeeper.

Both players pleaded guilty to the charge and as such, under the provisions of the code, the matter was determined by ICC match referee David Boon of Australia and so there was no requirement for a full hearing.

Explaining his decision, Boon said: “Deliberate physical contact is an action that does not belong in our game and will in no way be condoned in any situation.”

All Level 2 breaches carry a minimum penalty of a minimum fine of 50 percent of applicable match fee.

The second Test starts in Duabi from October 23.

James Faulkner's hitting was as good as I have seen: George Bailey