Afghanistan cricket captain Nawroz Mangal on Tuesday said he hoped that his team's tour to Pakistan would help the return of international cricket to the troubled country. 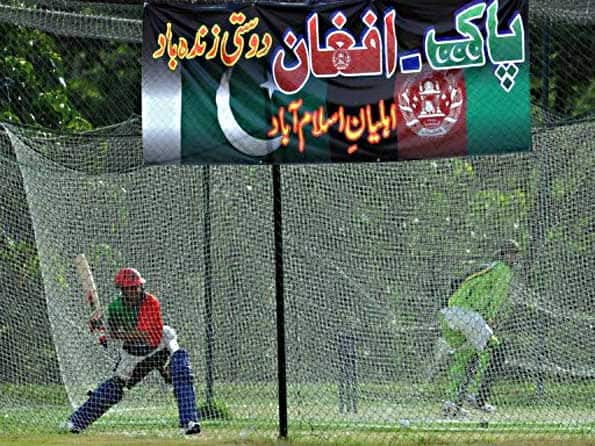 Afghanistan cricket captain Nawroz Mangal on Tuesday said he hoped that his team’s tour to Pakistan would help the return of international cricket to the troubled country.

Afghanistan are the first foreign team to visit the South Asian country since March 2009 when militants attacked the Sri Lankan cricket team bus in Lahore, killing eight people and wounding seven players and their junior coach.

Since then foreign teams have avoided touring Pakistan due to security fears which have also seen the International Cricket Council (ICC) move World Cup 2011 matches out of the country.

Pakistan have also been forced to play their home series at neutral venues such as the United Arab Emirates and England.

Despite that Afghanistan captain Nawroz Mangal said he hoped that his team’s tour would help Pakistan.

“I hope international cricket resumes in Pakistan,” said Mangal whose team will play three one-day matches against Pakistan ‘A’, a second string team.

Their tour opens in Islamabad on Wednesday while the other two matches will be played in Rawalpindi and Faisalabad.

“I think security issues should not be related to cricket,” said 26-year-old Mangal who led his team to finish fifth in the 2011 World Cup qualifiers in 2009 which earned him one-day international status.

“Security is a problem everywhere in the world, so I think teams should come here and play.”

Mangal, who has played 16 one-day and eight Twenty20 for Afghanistan, said playing in Pakistan is a great challenge for his fast-rising team.

“It is an exciting challenge to play in Pakistan. Although we are not playing Pakistan’s senior team yet this ‘A’ team also has six to seven international players. We are here to learn something and I hope we will learn.”

Mangal called on the ICC to give his team more chances of playing top teams.

“This Pakistan tour gives us a chance of exposing ourselves and I would request the ICC to give us more chances of playing full members because we can learn only by playing top teams,” said Mangal.

Like most of Afghanistan’s players, Mangal learnt the game while living in refugee camps on the Pakistan-Afghanistan border following the Russian invasion of his country in 1979.

First Published on
Last updated on May 25, 2011 11:45 AM IST
TOPICS:
Afghanistan Nawroz Mangal Pakistan A