The awards recognised Afghanistan’s efforts in developing cricket at all levels.

The awards recognised Afghanistan’s efforts in developing cricket at all levels, which is reflected in its success in increasing participation rates, promoting the game, and qualifying to the ICC World T20 2014 and the World Cup 2015.

Afghanistan was also awarded the Best Junior Participation Initiative following its work to introduce cricket into the school curriculum in Afghanistan.

Ireland was awarded the Best Cricket Promotion and Marketing Campaign for its work to promote the Ireland-England ODI at Malahide in September 2013, which saw 10,000 fans attend as part of a sellout crowd.

Other winners this year include Argentina, which was awarded the Best Spirit of Cricket Initiative for a programme that connected underprivileged communities with a local private school to provide the communities with facilities and coaching.

The prizes are as follows:

Photo of the Year ($1,000 and feature on the ICC website during 2014 and any other appropriate ICC Development Programme Resources)

Lifetime Service Award ($1,000 and biography feature on the ICC website during 2014)

Photo of the Year – Cricket Namibia 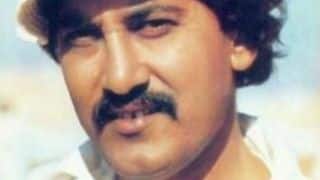