Afghanistan beat Australia in the group stages of the ICC Under-19 World Cup tournament.

On a day when the senior Afghanistan team are competing against Pakistan at the Asia Cup 2014, their Under-19 team finished seventh at the ICC Under-19 World Cup 2014 in the United Arab Emirates (UAE).

With victories against Australia and Namibia in the group stages, this team moved into the quarter-finals where they were beaten by South Africa.

Then in the fifth place play-off, West Indies got the better of them by only nine runs. However, Afghanistan have now finished on a high with a seventh place finish as they beat Sri Lanka by five wickets at the ICC Academy Ground in Dubai.

Sri Lanka were bowled out for a mere 114 and the Afghanistan batsmen chased it down in 22 overs. Thus, with this victory, they have now finished with two wins against the top nations in the tournament. Certainly good signs for Afghanistan cricket. 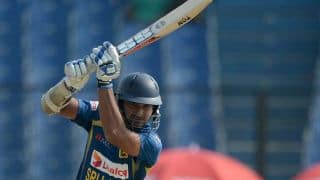