The left-arm wrist spinner has an impressive record in his short first class record so far as he has picked up 34 wickets at a measly average of 13.14

19-year old Afghanistan chinaman bowler, Zahir Khan has signed a contract with Lancashire for the rest of the county season of 2018. The left-arm wrist spinner has an impressive record in his short first class record so far as he has picked up 34 wickets at a measly average of 13.14. He has 19 wickets in the List A format to his name and has also taken 15 wickets in T20 matches.

“I’m really excited to be signing for Lancashire for the rest of the campaign,” he said. “It’s always been an ambition of mine to play county cricket in England and test myself against some of the world’s best players. I can’t wait to get started now. I have heard a lot of good things about Lancashire and Old Trafford from Jos Buttler when I played with him at the Rajasthan Royals in the IPL and I hope to make a significant contribution during my stay here,” he added.

Three other cricketers from the newest member of the Test club, i.e., Afghanistan are playing in the county circuit as of now – leg spinner Rashid Khan, former Afghanistan captain Mohammad Nabi and right-arm off break bowler Mujeeb Ur Rahman. Khan, Nabi and Rahman have been signed by Sussex, Leicestershire and Hampshire respectively for the 2018 County Championship.

Zahir Khan was part of the Test squad for Afghanistan’s first ever match against India, although he was not part of the final eleven. 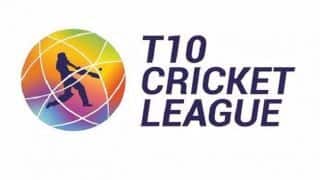