Afghanistan coach Kabir Khan is backing his team to clinch back-to-back wins over Kenya in Sharjah on Wednesday and Friday and seal direct qualification for a maiden outing at the World Cup. 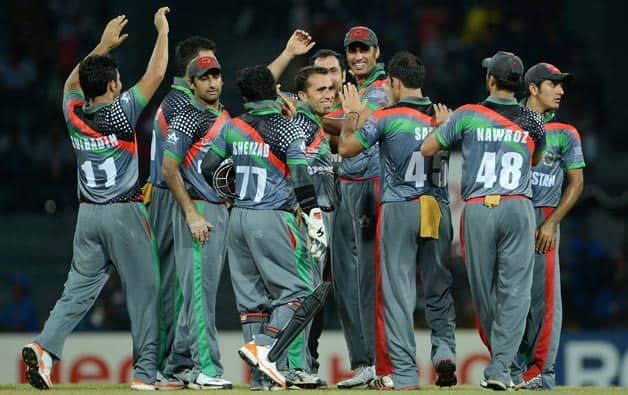 Afghanistan coach Kabir Khan is backing his team to clinch back-to-back wins over Kenya in Sharjah on Wednesday and Friday and seal direct qualification for a maiden outing at the World Cup.

“It is very important for us to qualify directly, otherwise there would be extra pressure on the boys to go to New Zealand for another round of qualification,” said Khan, a former Pakistan Test fast bowler.

“We want to qualify directly and start preparing for the ICC Cricket World Cup,” being played in Australia and New Zealand in 2015.

The former fast bowler was confident that Afghanistan would perform well in the do-or-die matches against Kenya because of the pressure the side has successfully borne for much of the competition, after winning only three of the opening eight matches.

“Since I joined about 18 months ago, we knew that we had to win all remaining matches to qualify directly to the ICC Cricket World Cup. The pressure has been there since the beginning and the boys are used to it,” he said.

With 15 points from 12 matches, Afghanistan are currently in fourth place in the eight-team World Cricket League.

Leaders Ireland, with 24 points, have already made sure of their place in the 2015 World Cup leaving the United Arab Emirates (18 points) and Afghanistan as the only two teams left in contention to grab the second and final automatic qualifying spot.

The UAE on Sunday defeated Namibia by 135 runs at the Sharjah Cricket Stadium in their last group game to move into second spot in the table and eliminate third-placed Netherlands (also 18 points) from the direct qualification race by virtue of having won more matches.

Afghanistan now must beat Kenya in their remaining one-day internationals on October 2 and 4 to pick up maximum points and seize second spot from the UAE.

While the top two sides qualify automatically for the 2015 World Cup, the bottom six teams in the World Cricket League will receive a second chance to advance at next year’s qualifier in New Zealand, when they will lock horns with Hong Kong, Nepal, Papua New Guinea and Uganda for the final two spots in the flagship 50-over tournament