An all-round performance by Man of the Match Samiullah Shenwari saw Afghanistan chase down a modest 90-run target inside 15 overs, with Samiullah bagging three wickets and then scoring 24 not out.

Elsewhere, the Netherlands secured fifth spot in the tournament after defeating Hong Kong by seven wickets at Abu Dhabi Oval 1, thanks to a 22-ball 44 from opener Ben Cooper, and Scotland’s Richie Berrington hit an unbeaten 70 to guide his side to a five-wicket victory over Papua New Guinea (PNG) to earn seventh spot.

In the first semi-final, Afghanistan’s Shenwari claimed three wickets for 19 runs and featured in a run out as Nepal was restricted to 90 for eight.

In the Afghanistan run chase, Samiullah (24 not out), who is one of four players to have claimed a five-for in this tournament, put on a 69-run partnership with Nawroz Mangal (48). Samiullah was still at the crease when Gulbodin Naib (12 not out) struck a six to seal a seven-wicket victory with 5.4 overs to spare.

Nepal’s Avinash Karn (two for 17) was the main wicket-taker.

This is the third successive time that Afghanistan has reached the final of the ICC World Twenty20 Qualifier. In February 2010, it defeated Ireland by eight wickets, though the European side settled the score two years later when it won the March 2012 final by five wickets.

In Saturday’s final, Afghanistan will play the winner of the second semi-final featuring Ireland and the United Arab Emirates (UAE), which will be played under floodlights. 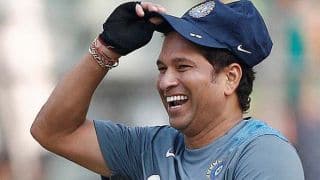 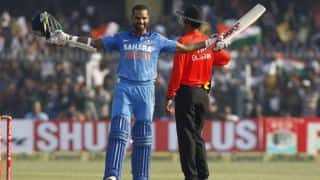