Both the teams are winless after losing their opening matches.

An interesting battle of the minnows is on the cards when Bangladesh and tournament-debutants Afghanistan fight it out at Fatullah on Saturday to stay alive in the Asia Cup 2014 after suffering opening losses.

Both the teams are winless after losing their opening matches but not without showing some spark against their respective rivals.

However, Bangladesh, who finished runners-up last year, have quite a few problems to deal with. The uncertainty over the fitness of their captain Mushfiqur Rahim has only compounded their problems.

After attacking opener Tamim Iqbal was ruled out of the event because of a neck strain and all-rounder Shakib Al Hasan was suspended for his lewd gestures on live TV, pacer Mashrafe Mortaza is also out due to a side strain.

Mortaza will not be available for the remainder of the tournament and has been replaced by Shafiul Islam.

On the upside, skipper Rahim made a good return from injury by notching up a hundred against India, albeit in a losing cause.

But, Rahim, who sustained a shoulder injury while fielding against India, is still under observation and it’s not yet known whether he would be available for the match tomorrow.

In fact, batting was one of the biggest positives for Bangladesh to draw from the lost match against India as the home team managed to successfully make up for the void left by Tamim’s injury-forced absence.

Opener Anamul Haque showed fine form with a 77-run knock and the hosts are expected to be a markedly better batting unit compared to their rivals on Saturday.

However, Afghanistan showed the stomach for a good fight against Pakistan by stifling their batting with a resolute bowling effort. The first-timers had reduced Pakistan to 117 for six before Umar Akmal’s individual brilliance saved the defending champions.

Where they lacked decisively was a shining effort with the bat even though the top half — comprising Noor Ali Zadran, Asghar Stanikzai and Nawroz Mangal — did impress in their cameos.

But there was no denying their superb bowling effort, especially spinners — Hamza Hotak, Mirwais Ashraf and Samiullah Shenwari — who combined to knock off five wickets between them.

Given the diverse strengths of the two sides, a fascinating contest can be expected between two teams which are being considered the weakest among the five competing teams in the regional event. 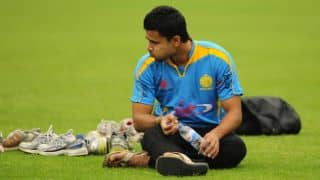 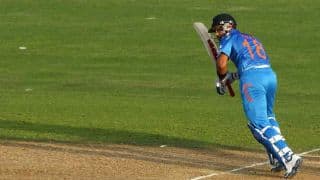