Buoyed by a spirited effort from his boys against heavyweights Pakistan, the Afghanistan coach Kabir Khan sounded a warning bell for India and Sri Lanka stating that they are “hungry to win” a match in the ongoing Asia Cup tournament.

Afghanistan yesterday had reduced Pakistan to 117 for six before they recovered well to end up at 248 thereby winning the match by 72 runs.

“All of our boys are very hungry to win a game or two here they know how much it will change the team. If we get one or two wins it will change the future of youngsters and the next ten years of Afghanistan cricket,” Afghan coach Khan told reporters after their 72-run loss to Pakistan at the Khan Shaheb Osman Ali Stadium

“I think, after the performance, all the rest of the teams who are playing against us will think twice before trying to take us lightly. They will definitely look out for our bowling and specially plan for our bowlers. We came here in this tournament not to win in the Cup but to win one or two games. That’s what we want to take from here,” Khan added.

Boasting a fine bowling attack in Shapoor Zadran and Dawlat Zadran who tries to ape Waqar Younis, Afghanistan would have a formidable attack against the big teams, the coach added.

“Well, in Afghanistan, the boys are well-built. They are strong and tough. They are aggressive. And obviously, that helps in them being fast bowlers. Kids back home want to be fast bowlers, not spinners. It’s just natural.”

“You haven’t seen Hamid Hassan yet. When you see him, it will change your views as well.”

Khan said cricket’s future in the country would go for a sea-change if they can pick some points in the five nation tournament.

“The one thing that I keep on mentioning is that the cause why we are here is totally different from the other teams. Other teams might be here to win the tournament or to perform very well.

“We want to perform very well but our cause is totally different. If we win even a single match here, it will change the future of Afghanistan for the next ten years.

“Our youngsters, our youth will come to sports. And that is what we want to change. Our total cause is to change the whole culture of Afghanistan, not only to win the tournament.”

Asked whether the associate nation was looking at tomorrow’s match against Bangladesh to taste their major success in International cricket, he said, “We would be playing against Bangladesh in the ICC World T20 2014 also. If we want to go to the second round there, we have to beat Bangladesh.

“We have to beat them. Because we are playing them in the World Twenty20, we want to put extra pressure on them and play well against them to boost ourselves for the World Twenty20 as well. Let me remind you, T20 is our favourite format.” Reiterating that they have come here to learn cricket from the big brothers”

Khan said, “We are a new team. Everything we learn is a positive for us, there are no negatives. We are learning at each step, from everything. We are preparing for the ICC World Cup 2015. We’re playing in a tournament that has three World Champions in India, Sri Lanka and Pakistan.

“If we are playing against those three, we can take home plenty of positives from them, work on them for a year and learn from them in time for the World Cup.”

“If you see the first two matches, there were scores close to 300 and chased. This is a team playing for the first time in the Asia Cup and they reduced a world class team to 250 runs, which was a very good effort.”

The Afghanistan coach was expecting that dew factor would come into play which would have made life difficult for Pakistan’s strike bowlers Shahid Afridi and Saeed Ajmal.

“Pakistan was already a match down and we thought that if we get them out a bit cheaper, and if the dew factor comes in, then it will be easy for us to chase runs. Otherwise, we would have batted first and they would have bowled the same as they did in the second half. Unluckily, the dew factor didn’t come into it.

Irrespective of the performance, Kabir Khan is proud of his team. “No matter they win or lose, I am still proud of them.

They are my heroes. The way they played for the past five or six years, with the facilities they have got and fighting against all those national teams with lots of facilities and money, I am proud that I am their coach and they are my team.

“They challenged Pakistan, and I think that save last 10 overs when their blood pressure must have been normal, it must have been at the higher side when they had Pakistan on the mat during the first half,” he concluded. 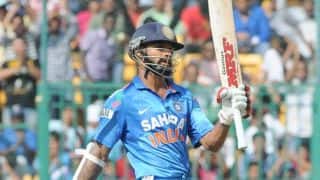 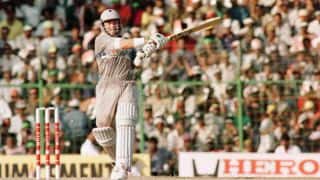