Total of five teams, including 80 Afghan and 20 foreign cricketers, will play a total of 23 matches in the first-ever APL.

Kabul: Afghanistan have joined the long list of countries hosting their own T20 competition, with their country’s cricket board announcing the launch of the Afghanistan Premier League (APL). The Memorandum of Understanding (MoU) in this regard was signed on Thursday and now the first edition of the league is all set to take place at the United Arab Emirates (UAE) in October this year. Reflecting on the same, ACB chief executive Shafiq Stanikzai said that five teams, including 80 Afghan and 20 foreign cricketers, will play a total of 23 matches in the first-ever APL.

“There will be a total of 23 matches between five teams. The league will take place in the UAE, but we haven’t yet decided on which cities will play host to the league. But now we have got official approval from the Emirates Cricket Board, and we’d like to thank them for that,” ESPNcricinfo quoted Stanikzai, as saying. Stanikzai further revealed that the auction to purchase the five teams would be held in March, which will be followed by a player draft.”The APL T20 will be played on a broader scale, both financially and coverage wise.Our strategic objective is to bring this league into the top three T20 leagues in the world,” he added.

It should be noted that this will be the second major competition that will be hosted by the UAE, potentially on an annual basis. Earlier, both season of the Pakistan Super League (PSL) was played in the UAE. 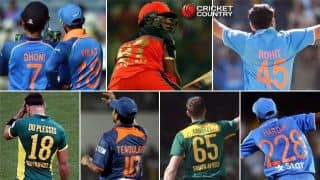