Afghanistan floundered against spin but took full toll of some poor seam bowling.

Afghanistan have reached a formidable score of 187-7 in their stipulated 20 overs against Zimbabwe in the first Twenty20 International (T20I) at Sharjah. They were off to a racing start thanks to some power-hitting from Mohammad Shahzad. Fellow-opener Usman Ghani also batted with great fluency earlier on and got a couple of big hits too. The first six overs yielded 61 runs with the loss of no wicket. Zimbabwe desperately needed a wicket at this stage to try and pull things back, that breakthrough was provided by Graeme Cremer in the seventh over. He got rid of the dangerous looking Shahzad with a smart variation for a 17-ball 33. LIVE UPDATES: Afghanistan vs Zimbabwe 2015-16, 1st T20I at Sharjah

The very next over he further pegged back Zimbabwe by dismissing Asghar Stanikzai with a similarly clever variation. Usman Ghani continued to play well but wickets at the other end fell and soon the pressure started to show on him. His run-scoring rate decreased. Ultimately the pressure got to him and he got out for a 38-ball 42 falling prey to Sikandar Raza.

Cremer bowled fantastically throughout and got his third wicket in the form of Karim Sadiq for just 16 of 17 balls. Mohammad Nabi and Gulbadin Naib played very well after that and got in some sixes that brought the balance back in favour of Afghanistan. Nabi was dismissed by Tendai Chisoro for a 11-ball 28.

Naib took the battle into the last over and continued to play with great fluency. He pounced on anything poor and made the bowlers lose their focus with some heavy hitting. Najibullah Zadran’s stay at the crease did not last long. Luke Jongwe got him out for just one of two balls.

The Zimbabwean seam bowlers lacked the control early on but displayed greater accuracy and guile towards the death but it was still not up to the mark. The end result is that Afghanistan have ended with a score which seems quite out of reach for Zimbabwe if the foregone ODI series is any yardstick of judgement. 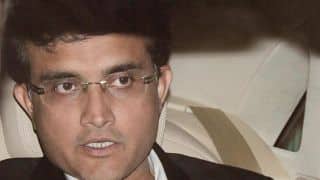