Rashid, who made 52 while batting, and fellow spinner Mujeeb Ur Rahman claimed two wickets each to flatten Ireland's chase.

Afghan, who made 54, and Nabi, who top-scored with 64, lifted Afghanistan from a precarious 81 for six to 223 all out in 49.1 overs in the north Indian city of Dehradun.

Paceman Aftab Alam led the bowling charge with four wickets to dismiss Ireland for 114 in 35.3 overs as Afghanistan took a 2-1 lead in the five-match series.

Rashid, who made 52 while batting, and fellow spinner Mujeeb Ur Rahman claimed two wickets each to flatten Ireland’s chase.

I am always trying my best in the batting department. Today I did it for the team, they needed me. I try to deliver my best. Got a fifty at a crucial time, when the team needed it, Rashid, who won the Man of the Match award, said at the post-match presentation. (ALSO READ: Aftab Alam scalps 4 as Afghanistan beat Ireland by 109 runs)

You need to keep yourself fresh, you need to enjoy your fielding, batting and bowling. That’s what I am doing from the last three years. I believe in my skills and enjoy the game. Hopefully need to do the best things and grab the opportunity in the next match too.

“The top-order batsmen didn’t play well but Rashid (batting at number nine) did the job for us,” Afghan said of his man of the match leg-spinner. “We can give a chance to other players in the next match.”

Afghanistan faltered after being put into bat, losing more than half their side in the 18th over against a lethal bowling attack led by off-spinner Andy McBrine.

McBrine and paceman Boyd Rankin took two wickets each while James Cameron-Dow, who rattled the middle-order including Nabi’s prized scalp, returned figures of 3/32 in his 10 overs.

Afghan, who hit four fours and three sixes in his 70-ball stay, put on a crucial seventh-wicket partnership of 50 with Nabi to trigger his team’s revival.

He was run out but Nabi kept up the fight during his 86-run stand with Khan, who hit six fours and a six before being the last man out.

“They’ve got a deep batting line-up, but I’m not overly concerned with the bowling,” Ireland skipper William Porterfield said.

“I am disappointed with the batting. We managed to lose wickets throughout. We didn’t do the basics right. There’s not a lot to do in a day, just need to get into the nets and do our best.”

Ireland won the third ODI on Tuesday after Afghanistan triumphed in the opener and the second match was washed out. The final match is on Sunday in Dehradun. 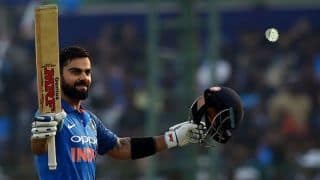 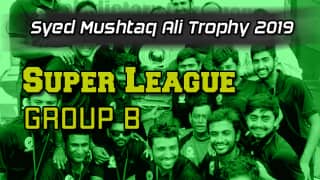