Afghan and Nabi conjured 50 runs for the seventh wicket before the captain was run out by George Dockrell in the 33rd over.

Dehradun: From 81/6 in the 18th over, Afghanistan have managed to recover thanks to brilliant knocks from Mohammad Nabi, captain Asghar Afghan and down at the end Rashid Khan as they took their side to a respectable 223 against Ireland in the fourth ODI at Dehradun on Friday. (Afghanistan vs Ireland, 4th ODI: SCORECARD)

Asked to bat, Afghanistan were off to one of their worst starts in recent history as their batsmen threw away their wickets. Afghan and Nabi were adamant to stem the flurry of wickets. The duo conjured 50 runs for the seventh wicket before the captain was run out by George Dockrell in the 33rd over. Afghan added 54 off 70 which included four boundaries and three sixes.

Nabi, who top scored with 64, was well supported by Rashid as the duo then steadied the innings with an 86-run partnership before James Cameron-Dow returned to claim his third wicket in Nabi, who found Dockrell at long-off. His 85-ball stay at the crease was studded with six boundaries.

Meanwhile, Rashid, who batted with great maturity, continued to fire and notched up his fourth ODI half-century. However, his fine knock was brought to an end by Dockrell, who picked his first wicket as Afghanistan were bowled out for 223 in the last over.

Cameron-Dow returned with figures of three for 32 in his 10 overs, while Andy McBrine and Boyd Rankin pocketed two wickets apiece. Ireland came back to win the third ODI on Tuesday after losing the opener and the second match was abandoned due to rain. 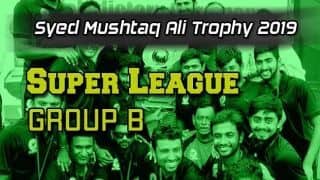 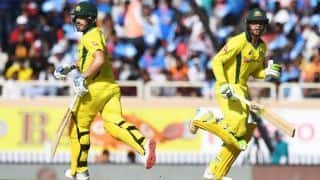