Getting off to a shaky start, Afghanistan recovered to post a challenging 184 for 8 in 20 overs thanks to Najeeb Tarakai s explosive attacking 58-ball 90.

After starting the three-match T20I series on a winning note, Afghanistan opted to bat against Ireland in the second game, also at Greater NOIDA Sports Complex. Getting off to a shaky start, Afghanistan recovered to post a challenging 184 for 8 in 20 overs thanks to Najeeb Tarakai s explosive attacking 58-ball 90. No accolades can be enough for Tarakai. He had missed out in the first game after getting a start, but more than made up with a timely knock. He not only anchored the innings but also turned the heat when required. He fell for 90 off Barry McCarthy but not before pulling off a spectacular innings. Given Afghanistan s extremely potent bowling attack, Ireland need to bat really well and chase down the total to level the series. Full Cricket Scorecard: Afghanistan vs Ireland, 2nd T20I at Greater Noida

Mohammad Shahzad and Asghar Stanikzai, heroes of the first match, fell cheaply for 4 apiece. Samiullah Shenwari was dismissed for 17, while Shafiqullah got a golden duck. At that stage Afghanistan were reeling at 69 for 4 in the 10th over. The Irish bowlers seemed to have learnt from their flaws in the series opener, and were easily the side on top at this stage. However, Tarakai carried on from his end and took calculative risks in the first ten overs.

Tarakai lost skipper Stanikzai before striking vital partnerships with Shenwari and Karim Janat. He upped the ante despite Ireland chipping in with wickets at regular intervals. McCarthy and Kevin O Brien were steady with their line and lengths before being taken to the cleaners in the death overs.

George Dockrell, Jacob Mulder and Stuart Thompson went for runs Afghanistan crossed the 150-run mark with ease. Stanikzai shuffled the batting order, and the ploy worked. Mohammad Nabi, reserved till the end, walked out and smashed his way to a 15-ball 30. LIVE UPDATES: Afghanistan vs Ireland, 2nd T20I at Greater Noida

Irish bowlers had lost the plot in recent times to stop Afghanistan from the late onslaught. Their last 6 overs went for 73. McCarthy was their most successful bowler with 4 for 33 including the first two wickets as well as Tarakai (he also ran out Rashid Khan), while Thompson and Mulder took a wicket apiece. 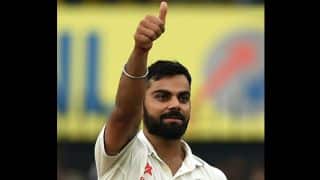 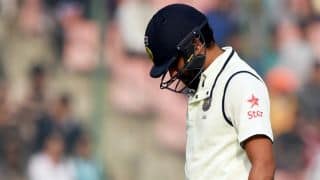