Afghanistan’s bowling has been very accurate throughout the series.

The pressure of the ICC World Cup 2015 is likely to impact all teams in some way or the other. It certainly took its toll on Afghanistan in their previous match against Scotland, where they shockingly lost by 150 runs. Statistically, Ireland is a much stronger team than Scotland and it is going to prove a tough challenge for the Asian team.

At the end of the first innings in the Afghanistan-Scotland match, Afghanistan were the favourites to win as Scotland had only put 213 runs on the board in their 50 overs. Six overs into the Afghanistan innings, that expectation would have only become stronger as Afghanistan stormed to 38 for no loss. But what followed from there was shocking. Wickets started tumbling at a quick rate, and in no time Afghanistan were bowled out for 63.

The man of the day for Scotland was Josh Davey who picked 6 wickets, including that of in-form, Javed Ahmadi; this after he struck a handy unbeaten 53 off 48 balls to take Scotland over the 200-run landmark.

Afghanistan’s bowling has been very accurate throughout the series, but unless they caulk the weak spots in their batting, they will face a lot of trouble. Only Ahmadi has shown consistency with the bat in the series.

The tri-series for Ireland, on the other hand, has been fantastic. They have beaten both opponents once each so far. However, even for them the batting will be a bit of a concern as they won both matches by only three wickets, chasing paltry totals of 181 and 217. They will still be the more confident side going into their next tie against Afghanistan.

The O’Brien brothers, Kevin and Niall, have been in great form for Ireland. Niall anchored Ireland’s chase against Scotland with an innings of 81, while Kevin has put in handy contributions with both bat and ball for the side. Spinner George Dockrell has excelled with the ball.

Afghanistan will need more than just Ahmadi to fire in the batting line-up if they are to overhaul the Irish challenge. Usman Ghani and Afsar Zazai have the potential to score plenty of runs, and if they strike form, it could make for a tough contest. 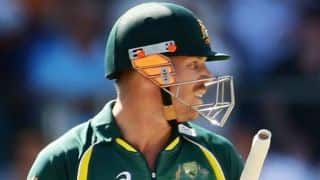 Australia vs England, 1st ODI in Sydney: Australia in command of run-chase 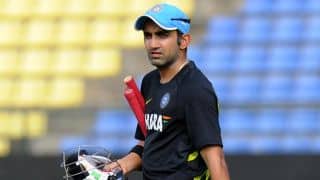