Pakistan dragged themselves back after Mohammad Hafeez and Ahmed Shehzad departed to a poor shot against Mirwais Ashraf for 10. Ahmed Shehzad  lead the innings with his sixth One-Day International (ODI) half-century but was dismissed soon after bowled by Samiullah Shenwari in the third match of the Asia Cup 2014 at Fatullah. But Pakistan messed up further when Shoaib Maqsood endured that Misbah-ul-Haq was out for a duck without facing a ball.

After the dismissal of Sharjeel Khan, Hafeez and Shehzad steadied the ship for Pakistan. But the Afghanistan bowlers were disciplined. Hafeez tried to go after Merwais Ashraf and was caught by Mohammad Nabi. Shehzad completed his half century off leg-spinner Samiullah Shenwari, but he threw his wicket away by going for big shot and was bowled.

On the first ball of the next over, a miscommunication between Shoaib Maqsood and Misbah-ul-Haq meant that both the batsmen were at the same end. 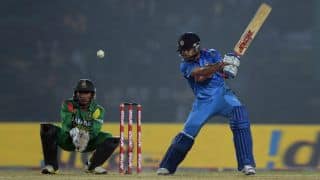 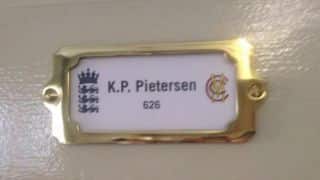