West Indies head to the One-Day International (ODI) series against Afghanistan, starting with the first match at Gros Islet.

After pulling off a 3-0 whitewash in the Twenty20 Internationals (T20Is), confident West Indies head to the One-Day International (ODI) series against Afghanistan. Starting with the first match at Gros Islet, the series will witness three matches taking place at the same venue. West Indies will surely be the favourites for the match and the series, after the dominant performance at home in the T20Is. Afghanistan, who have been quite a revelation in limited-overs cricket of late, failed to put up any impressive performance in the T20Is and ODI series will be their chance to return home with some cheer. FULL CRICKET SCORECARD: West Indies vs Afghanistan 2017 – 1st ODI at Gros Islet

Afghanistan s strength lies in spinners and on the Caribbean tracks, the incompetency of the team to play against quality pace attack has been exposed. Afghanistan s heavy batting failed to pull off any extraordinaire in the T20I series, 146 being their highest accumulated total while 93 being the lowest. To face one of the Test playing nations, Afghanistan will surely need good runs on the board and on both occasions, while chasing as well as batting first. With the 50-over format at hand, the batsmen will now have time to understand how the pitch behaves and then modify their technique accordingly. The T20I series must have helped the team acclimatise as well. Samuels 89* helps WI whitewash AFG 3-0

On the other hand are West Indies, who have seen a glorious past but are struggling to climb up the rankings. This series might turn out to be their best bet to a change-over, providing them a lot of confidence. The pacers at home conditions will surely be West Indies biggest weapon and the batsmen must take this opportunity to build big scores and gain confidence before the upcoming five-match series against India. Roston Chase earns maiden ODI call against Afghanistan 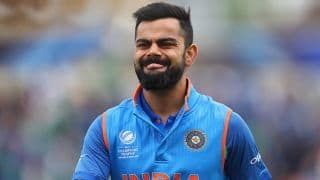 ICC Champions Trophy 2017: Fear is no answer when the battle is on hand 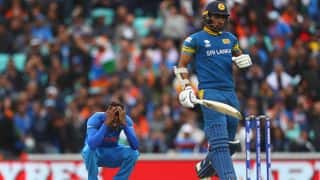