Afghanistan vs West Indies 2017, 1st T20I, Preview: A battle beyond the spotlight

Afghanistan vs West Indies 2017, 1st T20I, Preview: A battle beyond the spotlight

The last and the only time Afghanistan and West Indies played each other was back in 2016, at the ICC World T20.

The last and the only time Afghanistan and West Indies played each other was back in 2016, at the ICC World T20, where Afghanistan managed a six-run victory over the much-complacent Caribbean side. That victory ended Afghanistan s run in the tournament and the West Indies side turned the tables to win the World T20 in an astonishing manner. FULL CRICKET SCORECARD: Afghanistan vs West Indies 2017, 1st T20I at St. Kitts

But, since then, both teams have had contrasting fortunes. Since that magical victory over England in Kolkata, West Indies have managed to win just two of the nine T20 Internationals (T20Is). On the other hand, the Afghans pulled a leaf out of thin air, winning 11 games in successive manner. Out of these 11, 10 came against Associate Member Nations, which includes the inaugural Desert T20 championship which was followed up with a series against Ireland in NOIDA.

In this period, Afghanistan witnessed the rise of excellent game-changing players in their ranks; players who can bamboozle the opposition leg-spinner Rashid Khan being the dynamic example followed by the all-rounder Mohammad Nabi. Both Rashid and Nabi rose to new heights earning a well-deserved chance in the Indian Premier League (IPL) 2017. West Indies announce T20I squad against Afghanistan

The only thing that went against the rising Afghans was the suspension of Mohammad Shehzad, as the wicketkeeper-batsman has been suspended from all cricket following a positive test for banned substance earlier this year.

But despite this setback, Afghanistan cricket has not looked back, continuing its stride forward.

As for the West Indies the uncanny hosts things have been very unnerving. Except for the title of World T20 Champions, nothing else has gone their way in any form of cricket. They do have a lethal T20I side, but that aspect has not clicked for the Carlos Brathwaite remember the name s side.

If we look at West Indies record since their glory last year, they have won just two games out of nine internationals. Inconsistency, the tussle between the players and board has cost the Caribbean side big time giving away the glory in big chunks.

But in this series against Afghanistan, The Brathwaite-led side will be optimistic of setting things right. A three-game series can serve as the right chance to regain some winning momentum and strengthen their team s morale.

Kieron Pollard, Lendl Simmons, Marlon Samuels, Sunil Narine and Samuel Badree have been included in the squad and this can definitely bolster their attack against the Afghans who are comparatively the second-strung side.

But as mentioned before, the Afghanistan side has been riding on an excellent run and undermining their opposition can be a huge mistake by the hosts.

Moreover, the Afghanistan side has already displayed a spirited performance in their warm-up game against the West Indies Cricket Board President’s XI. And it was none other than Rashid, who earned the Man of the Match award for his brilliant figures of 3 for 11.

Although this series will be away from the limelight of the ongoing razzmatazz of ICC Champions Trophy 2017, both the teams will seek to get things sorted and earn some impulse to get going post the ICC event going on in England. 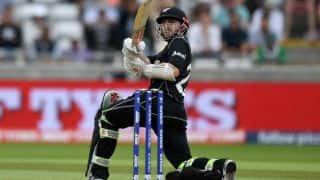