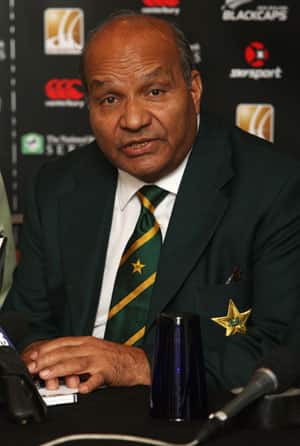 Afridi made no bones about the fact that Intikhab has been giving different versions to different people.

“I don’t know what he has written but Intikhab should be honest enough to say all those things he has told me about Waqar. He tells me something, agrees with me on certain issues and then says something else to the board. It is very unfortunate,” Afridi has been reportedly quoted as saying by some of the leading news channels of the country.

Referring to the report that Intikhab sent to PCB on the Waqar-Afridi spat, the former skipper said that he would want to have a look at the report.

“I don’t know what report they are talking about on the basis of which they say they stripped me off captaincy. My question is that, if I had committed indiscipline, why was I than picked as a player for the Ireland series. Based on disciplinary grounds, I should have been dropped,” he counter-questioned.

The allrounder also hinted about possible corruption issues in the national team.

Asked pointedly by a journalist that whether he had retired because of reports of corruption within the team, Afridi thought for a moment and then responded: “That is an issue on which I don’t want to make comments about right now. But it is an issue.”

He also vented his anger on national selector, Mohammad Illyas describing him as someone who has been causing damage to Pakistan cricket.

“He is someone who has done harm to Pakistan cricket. He is sitting in the lap of the Chairman and creating problems in the team and for me. I feel sorry for his son-in-law, Imran Farhat who is a nice guy but has lost rapport because of his father-in-law.”

“Illyas thinks I am responsible for the ouster of Farhat from the team, That is not correct as I alone don’t select the team.”

Afridi also said he would appeal to the President Asif Zardari to look into board matters.

“I would appeal to the President that cricket is an important thing in Pakistan and he should spare some time. He should see how the board is being run by Ijaz Butt,” he added.