Turning up for Rajasthan in Syed Mushtaq Ali trophy, Chahar picked up a hat-trick to rattle Vidarbha on Tuesday. India pacer Deepak Chahar has hit a purple patch as he scalped his second hat-trick in a span of three days. Turning up for Rajasthan in Syed Mushtaq Ali Trophy, Chahar picked up a hat-trick to rattle Vidarbha on Tuesday. He ended with impressive figures of four for 18 in his three overs to reduce Vidarbha to 99 for nine in 13 overs before rain interrupted play. While Chahar ended with four wickets, Khaleel Ahmed, Mahipal Lomror, Chandrapal Chundawat and Aniket Choudhary picked up a wicket apiece.

In the 13th over, Chahar picked four wickets which included a hat-trick. Off the first delivery of the 13th over, he dismissed Rushabh Rathod. Then off the fourth, fifth and sixth ball of the over he removed Darshan Nalkande, Shrikant Wagh and Akshay Wadkar respectively for the hat-trick.

On Sunday, Chahar became the first Indian male bowler to bag a hat-trick in T20Is. He finished with surreal figures of six for seven in his 3.2 overs which helped India to a 30-run win over Bangladesh.

After the game, an elated Chahar admitted that he had not thought of this even in his dreams and felt his hard work finally paid off.

Explaining the strategy, he said, “The plan was that I would get the responsibility of bowling the main overs. Usually, I bowl with the new ball, but Rohit bhai said I’ll bowl the crucial overs today, whenever the team needed me to bowl. I’m happy that the management gave me this responsibility on this stage.” 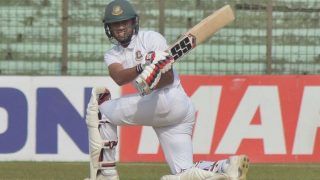 We Respect India, They Are One of The Best Sides In The World: Mohammad Mithun 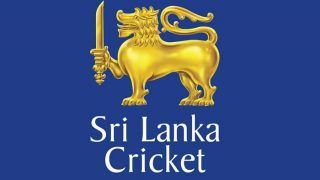