According to news agency ANI, CA is awaiting a formal announcement from the BCCI.

IPL chairman Brijesh Patel on Friday said that the window for the upcoming season has been decided with the tournament to start from September 19 and the final to be played on November 8. The entire event will be shifted out of India due to the coronavirus situation in the country and will instead be held in the UAE.

New Zealand Cricket (NZC) has already issued No Objection Certificates (NOC) to its six cricketers who will be part of IPL 2020.

Now the question is whether and when will Cricket Australia (CA) will follow the suit.

According to news agency ANI, CA is awaiting a formal announcement from the BCCI regarding the confirmation of the tournament and schedule and only then they will decide on the NOCs.

“Should the tournament be confirmed, Cricket Australia would then make its considerations accordingly,” ANI quoted an unnamed CA official as saying on Friday.

Australia superstar Glenn Maxwell has already said he will have no issue in travelling for IPL should all the boxes regarding the health and safety protocols are ticked.

A total of 14 cricketers from Australia have IPL contracts including

The ICC announcement on Monday regarding the cancellation of Men’s T20 World World Cup in October-November cleared the road for IPL.

However, a formal announcement will only be made next week when the IPL Governing Council is scheduled to meet.

“So we discussed this date (September 19 to November 8), we had an informal discussion on dates but a final decision will only be taken in the governing council meeting. We also have to discuss other things including training camp, SOP, etc. More clarity can only come after the meeting,” a source told ANI. 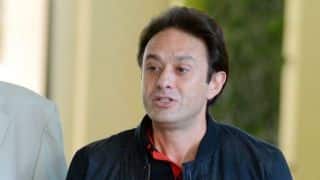