After Board of Control for Cricket in India (BCCI) agreed to come under the ambit of the National Anti-Doping Agency (NADA), its CEO Rahul Johri has now written to the Director General & Chief Executive Officer of NADA, asking for clarity in the ongoing tussle between the agency and the World Anti-Doping Agency (WADA).

In the letter, accessed by IANS, Johri has written: “It has come to our attention through media reports that NDTL has been suspended by WADA for a period of six (6) months owing to “non-conformities with the International Standard for Laboratories (ISL) as identified during a WADA site visit”.

“We request you to kindly let us know how this suspension will affect samples collected by NADA at BCCI domestic cricket tournaments. Since NDTL is unable to test the samples of our cricketers, what is the way forward to ensure a strict chain of custody and timely analysis of all samples.”

The Supreme Court-appointed Committee of Administrators (CoA) had on Friday told IANS that not only have they taken note of the turn of events with regards to WADA suspending NDTL in the Capital for a period of six months, but also that the committee was looking at the options they have as NDTL can’t test samples anymore.

An area that the BCCI will have to look at is that the suspension took effect on August 20 and will end on February 20 — unless it is challenged — and as per the domestic calendar, most of the BCCI domestic tournaments will be done with by then.

The development came as a big blow and WADA made it clear that the lab is to be blamed for the suspension.

“This suspension has been imposed due to non-conformities with the International Standard for Laboratories (ISL) as identified during a WADA site visit,” the world agency said in a press release.

“The suspension, which took effect on 20 August 2019, prohibits the NDTL from carrying out any anti-doping activities, including all analyses of urine and blood samples.

“During the period of suspension, samples that have not yet been analyzed by the NDTL; samples currently undergoing a confirmation procedure; and any samples for which an Adverse Analytical Finding has been reported, must be securely transported to another WADA-accredited laboratory,” WADA said in its release on Thursday.

WADA also clarified that the NDTL can appeal the decision in the Court of Arbitration for Sports “within 21 days of receipt of notice”.

Interestingly, Sports Minister Kiren Rijiju made his displeasure known and said that the suspension would be challenged. “There were some issues in the past. After taking over as sports minister, I have taken cognizance of those issues and a course correction has been initiated. It is disheartening that despite these efforts, WADA has taken this stance. We will appeal against this ban and the process of appeal is already underway,” he said. 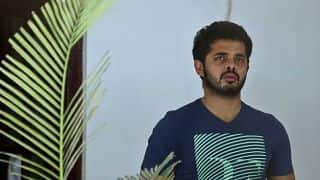