Yeah! You heard it right the Jamaican fast bowler known as “Cec” is still playing First Class Cricket and has no plans to quit the game any sooner. Although he has lost a great deal of pace over the years, but is still hitting the right areas of the pitch and making the young batsman a run for their money. He has taken over 7,000 wicket in his career span of 57 years. NO! You are not hallucinating, this is a fact. The 82 year old made his first class debut for Jamaica against Barbados which boasted of legends Wes Hall and Garfield Sobers in 1959. His love for cricket is undying and is the reason why he is continuing it where players are retiring at an age of 34.

Wright is still pretty impressive, giving the batsman hard time to the pitch playing for his current club side Uppermill. He is still opening the bowling and leading the attack from the front. He picked up two wickets for eight in just nine overs which also included four maidens. He can still hit the right areas playing against Milnrow in Pennine Cricket League 2nd XI Championship last saturday. Wright has also represented Crompton in Central Lancashire League.

In an interview with The Sun he said,”I still feel fit and my passion to play the game certainly has not dwindled with each passing year.I feel great and I feel that I can still compete and offer something with the ball – I can still get people out. I can still teach these young batmen a thing or two (laughing). He added,” Once a fast bowler, always a fast bowler – sure, I’ve lost a lot of pace, but hey, I can still make it tough for batsmen.They have to work hard for their runs against me, even if I am old enough to be the grandfather for a lot of them!” 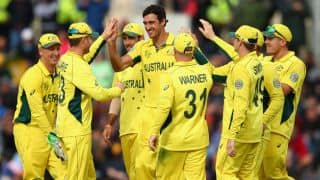 Australia warned of Zika Virus ahead of West Indies tour