Players like Morne Morkel, Stephen Cook, Wayne Parnell, Farhaan Behardien and Aaron Phangiso did not have their contracts renewed by CSA.

Aiden Markram and Lungi Ngidi have earned their first Cricket South Africa contracts on March 8. The Proteas players made their debut in 2017. A total of 18 players were handed CSA contracts as opposed to 21 in the previous year. Players like Morne Morkel, Stephen Cook, Wayne Parnell, Farhaan Behardien and Aaron Phangiso did not have their contracts renewed by CSA.

According to cricbuzz, CSA s Acting Chief Executive, Thabang Moroe, said: We made an exception last year in increasing the number of contracted players to 21 but this year we are comfortable that the normal standard number of 18 will be appropriate to maintain our national squads across all three formats. This enables us to contract both our Test players as well as those who are limited overs specialists. Aiden and Lungi have both made an immediate impact on the international scene and this is a continuation of our policy of having a strong squad with a good mix of young and experienced world-class stars.” 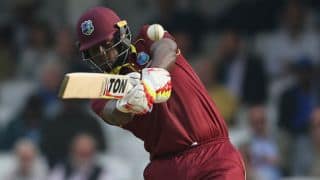