Mendis ends his career with 288 international wickets across 145 matches.

Ajantha Mendis, Sri Lanka s one-time mystery spinner, has announced his retirement from all forms of cricket, the BBC Sinhala reported. Mendis has not represented Sri Lanka for almost four years, his last appearance coming in December of 2015 during an ODI against New Zealand in Christchurch. He ends his career with 288 international wickets across 145 matches.

Mendis tasted instant success through his debut Test series in 2008, where he bamboozled the mighty Indian batting line-up, claiming 26 wickets in a three-match series. His variations which at one time included six different balls in an over puzzled the likes of Rahul Dravid, VVS Laxman, Sachin Tendulkar and Sourav Ganguly. Between 2008 and 2014, Mendis played 19 Tests and took 70 wickets, including four five-wicket-hauls and a best of 6/99.

Mendis retires as the only bowler to have picked two six-wicket-hauls in T20Is. Against Australia in 2011, Mendis 6/16 helped Sri Lanka clinch an 8-run win, followed by another starry performance against Zimbabwe at Hambantota, where his 6/8 routed Zimbabwe by 82 runs during the 2012 World T20I, which also remain the best T20I bowling figures.

In ODIs, Mendis holds the record for being the quickest bowler to grab 50 wickets, achieving the landmark in 19 matches. His 6/13 in the Asia Cup final in 2008 led Sri Lanka to a thumping 100-run win over India. But unfortunately, Mendis rampant start was overshadowed by a list of injuries, which kept him on the sidelines.

Mendis was dropped ahead of the ICC Cricket World Cup 2015. Since then, a back injury kept delaying his return. His last competitive tournament was the Premier League Tournament Tier B where he captained Sri Lanka’s domestic club Police SC. 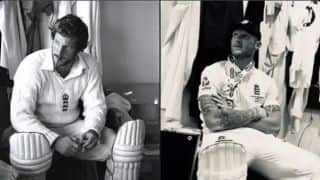