Ajay Sharma said that he would now be happy to watch his son Mannan Sharma play.

After a fight of 14 long years, former Delhi captain Ajay Sharma can finally look forward to beginning a new chapter in his life after a District Court cleared him of all charges related to match-fixing which had led the BCCI to impose a life ban on him.

“It’s been a turbulent phase in my life for the past 14 years. It’s hard for anybody but now that the [District] court has cleared my name of any wrongdoing, I can look forward towards starting a meaningful chapter in my life after all these years. Hope the stigma goes away,” 50-year-old Sharma told PTI today.

“I have no bitter feelings against anyone. No regrets that my first-class career came to an abrupt end. I just want to look forward. Now can at least I can come and watch my son Mannan [Sharma] play from the stands during Ranji Trophy and other domestic tournaments. I would like to contribute meaningfully in Delhi cricket,” said Sharma, a Delhi stalwart who scored 38 centuries and 10,120 runs from 129 first-class centuries.

His India career was a short one though as he played a Test and 31 One-Day Internationals (ODIs) and was a member of the victorious Hero Cup winning squad. The copy of the court order states that BCCI will need to disburse his dues and he will be entitled to monthly pension.

“Hopefully, I will be getting all my dues as the court has cleared my name. Manoj Prabhakar, Ajay Jadeja all have returned to the mainstream. I would also like to now share my experiences and technical inputs with juniors. I would be available if DDCA wants to use my services in any manner,” said Sharma.

Sharma didn’t watch any live first-class or international matches during this phase. “I was consciously avoiding coming to stadiums as you know how it is. If someone passed an odd negative remark, it would have hurt me. Also Mannan was playing junior cricket at that time and subsequently Ranji Trophy. My presence could have impacted him, which as a father I couldn’t have allowed,” he said.

So how did he keep himself busy during all these years, Sharma laughed and replied,”In my office files. I am now the Deputy GM in my company. I have learnt a lot of office work, was also transferred to Chandigarh for a year. Worked my way up the ladder. That was my only source of income and had to carry on doing the job.”

Asked whether any ex-cricketer kept in touch with him, Sharma said “well, all these years, the adversities taught me that you dont have real friends apart from immediate families.

Probably, it was a destiny that I would have to go through all this. “Manan would often come and tell me that your this former teammate has become coach, so and so has become match referee and they have said ‘hi’ to you”, he added. 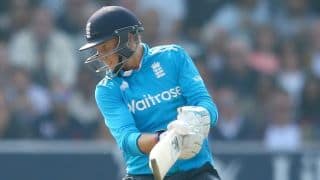 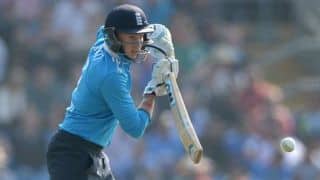