Mumbai (PTI): Current secretary Ajay Shirke is all set to be elected unopposed at the 87th Annual General Meeting of the BCCI scheduled to be held on Wednesday. In-fact a senior BCCI functionary confirmed that Shirke’s was the only nomination for the secretary’s post. Shirke became the secretary in July after Anurag Thakur was elevated as the president with Shashank Manohar opting to quit BCCI for the ICC chairmanship. Shirke is the supremo of the Maharashtra Cricket Association and known to be close to former BCCI and ICC president Sharad Pawar.

“His (Shirke) was the only nomination received today,” the official told PTI on Tuesday. Later on Tuesday, the BCCI confirmed that only Shirke’s nomination was received for the post of secretary. “The Goa Cricket Association (GCA) has proposed Dr. Venkatesh Prabhu Dessai as its nominee to attend the 87th AGM,” the BCCI release added.

Earlier with the shadow of the Supreme Court-appointed Justice Lodha panel recommendations hanging over its head, the BCCI will be conducting its 87th Annual General Meeting on Wednesday with one of the items on the agenda being the election of its honorary secretary. The formal notice for the meeting was sent by honorary secretary Ajay Shirke on August 31 and, interestingly, one of the main items that is to be taken up is the election of the new honorary secretary after duly filed nominations are sent to the BCCI during a two-hour window on Tuesday afternoon, scrutinized immediately afterwards and list of eligible candidates displayed. Lodha Committee discontented over BCCI’s delay in implementing reforms

Shirke was to hold office till the next AGM. The election of the honorary secretary is to be held as per the existent BCCI rules, including the eligibility of the candidates, while former Supreme Court judge, P B Sawant, has been appointed as the returning officer, according to the BCCI’s notice sent to all its affiliated units. The meeting will also confirm the minutes of its last AGM held on November 9, 2015 as well as the three Special General Meetings held on February 19, May 22 and August 5 2016. 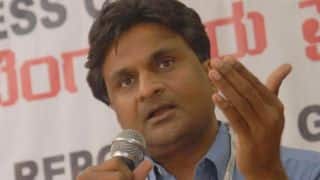 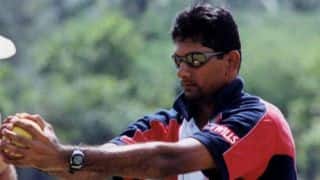