Ajinkya Rahane is all set to take part in the `Horn Not Ok Please' T20 Cup exhibition match.

Having experienced verbal retorts from rival teams at the top level of the game, Indian batsman Ajinkya Rahane has developed a distaste for such banters.

The 29-year-old today compared sledging with horn honking when driving his car.

“Just as I don’t like sledging (on the cricket field), I also don’t like car honking while driving,” said Rahane.

The Mumbai cricketer was speaking at a media conference to announce an initiative by the Motor Vehicles Department, Maharashtra (MVD) in association with the Tata Group to raise awareness about road safety and no honking.

Rahane is also set to take part in the `Horn Not Ok Please’ T20 Cup exhibition match on March 24 at the Wankhede Stadium between `Road Safety XI’ and `No Honking XI’.

“Noise pollution is a serious issue, especially in large metro cities like Mumbai. I’m happy to be part of the No Honking Initiative and contribute in the best way I can, by playing cricket,” added Rahane. 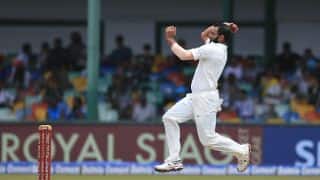 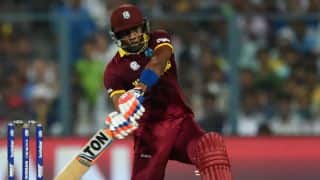