Mumbai’s renowned coach, Pravin Amre, has backed the struggling Ajinkya Rahane to deliver in the upcoming South Africa tour. Rahane averages a mere 34.62 in 2017, and amassed only 17 runs at 3.40 in the recent three-Test series versus Sri Lanka at home. Rahane’s miseries were evident as he scored even lesser than the likes of Mohammed Shami and Bhuvneshwar Kumar. Nonetheless, his mentor, Amra, believes Rahane is a responsible character, and will turn the tides in South Africa.

To fan the fire, Rahane averages a staggering 69.66 in South Africa, including two fifties.

“For a cricketer whatever (has happened) is history now. He is going to South Africa and he should see that in his last tour of South Africa, he averaged more than 65. I think team India, specially the selectors have a lot of faith in him that is the reason he (Rahane) is the vice- captain. That responsibility is there and he is aware of that. I am sure in the coming one month, whatever people believe in him, he will deliver to that.

We always judge how a player plays abroad. I think that is a big advantage he (Rahane) has. He should believe in that because he has that capacity to do well. He is working really hard because this is important for team India and his contribution as a batting unit is very important. His role is there to deliver for India.”

Team India are currently involved in three T20Is versus Sri Lanka. The series will wrap up on December 24. Hence, India won’t have much time before leaving for South Africa. They are scheduled to play the first Test on January 5. With no practice games as well, they will look to carry on from where they left against Sri Lanka.

“This tour will be more challenging because there are no practice games. They have to really visualise themselves and how things will happen. It is going to be challenging. We are going to play three matches. The first Test will be so critical. Whoever starts well will have the advantage. It will be difficult to bounce back,“stated Amre.

Amre shed light on Rohit Sharma, and what the limited-overs’ vice-captain brings into the Test side. Rohit had a pleasant outing against Sri Lanka, registering a hundred and fifty.

“One good innings for Rohit also can make the difference. It is a matter of time. He is right now the key member of our team s batting unit. So it is the responsibility of six batsmen and not one to win the Test series in South Africa,” concluded Amre. 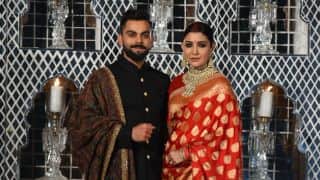