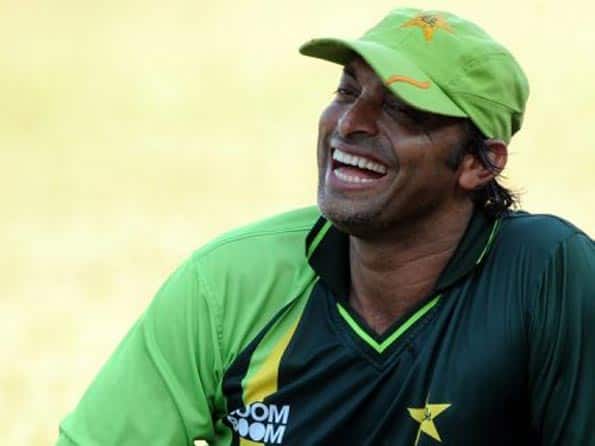 Earlier, PCB chairman Ijaz Butt had expressed concerns over Shoaib Akthar’s remarks, which according to him could affect cricket relations between India and Pakistan AFP

Former Pakistani fast bowler Shoaib Akthar’s remarks about Indian legend Sachin Tendulkar and former captain Rahul Dravid were not match-winners may not have gone down well with Board of Control for Cricket in India (BCCI) but BCCI vice president Rajiv Shukla believes these remarks won’t affect relations between two cricket fraternities.

Rajiv Shukla’s response comes after Pakistan Cricket Board (PCB) chairman Ijaz Butt had expressed concerns over Shoaib Akthar’s remarks, which according to him could affect cricket relations between India and Pakistan

Shukla feels though Shoaib’s remarks were ‘uncalled for , they would not affect plans of the revival of a bilateral series between the two countries.

He said, “The remarks are uncalled for but they will not affect Pakistan, India cricketing relations,” Shukla said. “We re not taking offense because these are individual remarks.

“We remain committed in our plans of finalising a series soon and Akhtar s jibe will not affect this,” added BCCI vice president.

Akthar had also alleged Bollywood superstar Shahrukh Khan had cheated him regarding payments over his Indian Premier League (IPL) stint.

Shukla said by questioning skilla nad integrity of superstars like Tendulakr, Dravid and Shah Rukh Khan, Akthar has hurt sentiments of fans across the country.

He was quoted in The Express Tribune as saying, “Tendulkar and Dravid undoubtedly are great cricketers. Shahrukh is also a respected personality.

“Akhtar has hurt the Indian fans with his claims, which are not based on any evidence. There is a strong reaction especially from the cricket fraternity.

“How can he claim that Tendulkar was afraid of him? Has he forgotten the 2003 World Cup where he was hit all over the park by the batting master,” said Shukla.

Shukla feels these remarks have instead hurt Akthar’s own image in India, where he has a huge fan base.

“Akhtar had a huge fan base in India and he damaged it by making these claims. He has also damaged the pride of the Pakistan fast-bowlers.”

Shukla rejected idea of taking any legal action against the former bowler.

Gautam Gambhir insists he was completely fit for Somerset match